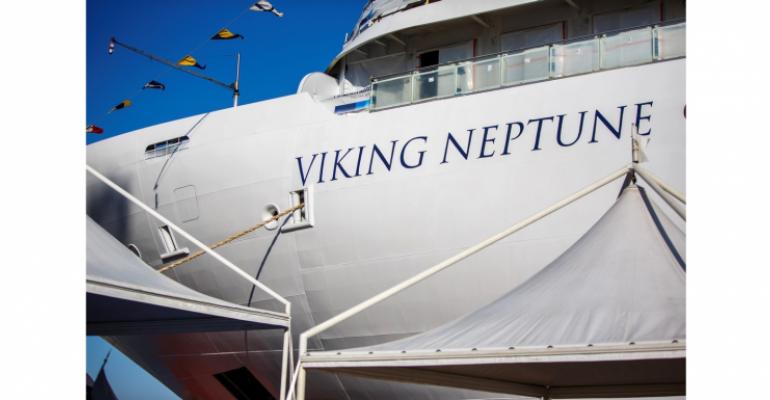 Viking Neptune is expected to be delivered this summer

Fincantieri's Ancona shipyard floated out Viking Neptune, the eighth ship in a 930-passenger series for Viking.

It is expected to debut in November in the Mediterranean. Then, in late December, the ship will embark on a 138-day world cruise from Fort Lauderdale to London.

Viking Chairman Torstein Hagen noted the company is marking several milestones in 2022, including its 25th anniversary and the 10th year since starting its ocean project. Along with Viking Neptune, identical sister ship Viking Mars will debut. Two new expedition ships will be in service as well as new river vessels.

The interiors of the 47,800gt, all-veranda-stateroom Viking Neptune are by London-based SMC Design and Los Angeles-based Rottet Studios.

The ship features energy-efficient engines, an optimized hull form and other elements to reduce fuel consumption and environmental impact.

The Fincantieri-Viking partnership began in 2012 and today stretches to 20 units, including options and two expedition ships from Fincantieri subsidiary Vard.