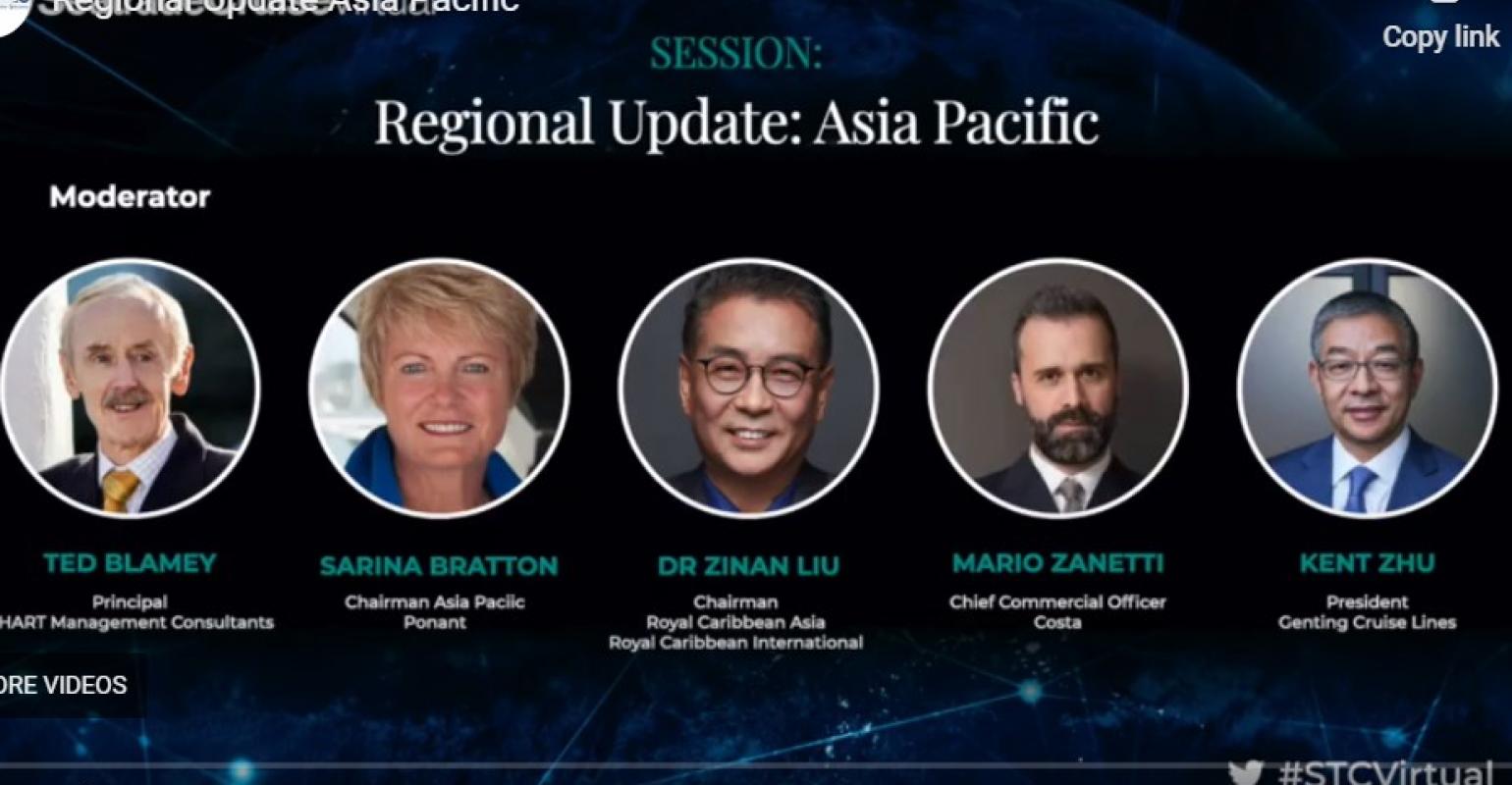 The speed of cruising’s bounce back is going to be ‘phenomenal,’ Costa CCO Mario Zanetti said at Seatrade Cruise Virtual.

He said the company has carried 25,000 passengers to date with ‘no issues related to COVID-19.’

The pre-recorded session was aired on the morning it was announced Dream Cruises’ World Dream will pilot sailings to nowhere from Singapore starting November 6, followed by Royal Caribbean International’s Quantum of the Seas in December.

Bratton said Ponant has operated more than 50 successful expeditions over the last two-and-a-half months, in both the Northern and Southern Hemispheres.

‘We are heavily engaged with the Australian and New Zealand governments to restart,’ Bratton said.

Confidence of governments and consumers

All agreed it is imperative to regain the confidence of government authorities and consumers and for the industry to work together.

Bratton said companies need to look at a new style of operations.

She said once cruise lines are allowed to restart, government authorities will see that ships can operate safely.

Liu said China is the key to growth in the Asia/Pacific region.

However, he said, China’s central government is still very cautious about the risk of imported COVID-19 and will probably be the last country to open its borders.

He said cruising in China will start with cruises to nowhere and cruises between mainland China and Japan will follow.

Zanetti agreed, saying ‘China is the engine-room of the Asian market and we will be back.’ Costa is planning a three-ship China presence in 2021.

Blamey reminded the panel that China’s incredible growth had peaked in 2017 and had since slowed.

He said 2019 figures from the Cruise Lines International Association show that India is a rising star.

‘India will definitely be the second largest source market in Asia,’ Zhu said.