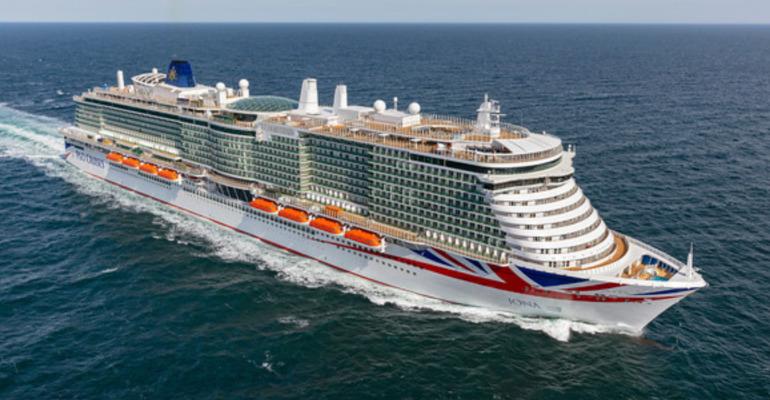 The advert’s launch coincides with P&O Cruises' return to international sailings, which resume later this month

Experiences from on board P&O Cruises’ newest vessel Iona will be broadcast today through to November as part of the line’s ‘What a night’ television campaign which celebrates the line’s return to international sailings.

It will be shown across national broadcasting channels ahead of the line’s Spain, Portugal and Canary Islands sailings which begin September 25, 2021.

Further advertisements focussing on the Mediterranean and Caribbean are already underway.

‘A P&O Cruises holiday is all about variety of experiences which we were keen to convey in our latest TV advertising concept,’ said P&O Cruises’ president Paul Ludlow. ‘We also wanted to capture the special, intangible aspects of a holiday and the way so many of us replay memories from our holidays for many years afterwards.’

He continued, ’The past 18 months have highlighted that we need pivotal, vital moments to create memories… This film, featuring a real life couple, captures that joy with an authentic and heartfelt spirit.’

He concluded, ‘'We’re proud to be launching this new campaign… We will be sharing future versions, each revealing more about the choices to be found on a P&O Cruises holiday, in the coming months and we hope that they will have wide appeal.’

The new campaign – developed in conjunction with creative agency Snap and production company Some Such – comprises a 40 second version of ‘What a night’ and features a couple recounting holiday memories from Iona.

A spokesperson for the line said that ‘each film will feature authentic, real life relationships...'

Iona begins voyages to Spain, Portugal and the Canary Islands on September 25, 2021.

Arvia launches in December next year.