HomeNewsPorts & DestinationsP&O Cruises' Iona anchored off namesake island
Recent
Recent News
Onboard Media touts locally made products on Carnival ships in Alaska
May 24, 2022
NCL moves to nine ships in Europe this year with Sun redeployed from Asia
May 24, 2022
AmaWaterways unveils savings for Mekong return in October
May 24, 2022
NCL’s Ben Angell new chairman of CLIA Australasia
May 24, 2022 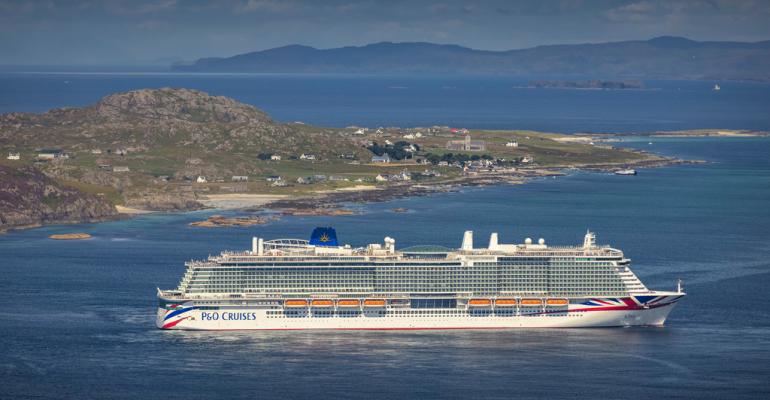 P&O Cruises president Paul Ludlow said: ‘For this special maiden voyage we wanted to bring guests to the island of Iona which has influenced many aspects of the ship – the sense of space in the SkyDome through to our gin still named Columba, the heather in our Marabelle gin distilled on board and, of course, the name of the ship.’

Iona’s debut seven night cruise departed P&O Cruises home port of Southampton on August 7, and then proceeded to round Cornwall and sail north to Scotland.

Scenic cruising in the Scottish isles

The LNG-powered ship was at anchor Monday adjacent to the island of Iona ahead of commencing scenic cruising around the Isle of Colonsay, Lochbuie, Duart Castle, Tobermory, Bac Mòr, Fingal’s Cave, Sound of Jura, Claggain Bay, Mull of Kintyre and Sanda Island.

After an inaugural season of UK coastal cruises Iona will offer holidays to Spain and the Canary Islands from September 2021.