Nicolas Bilek on how Aurora Expeditions is courting French-speakers 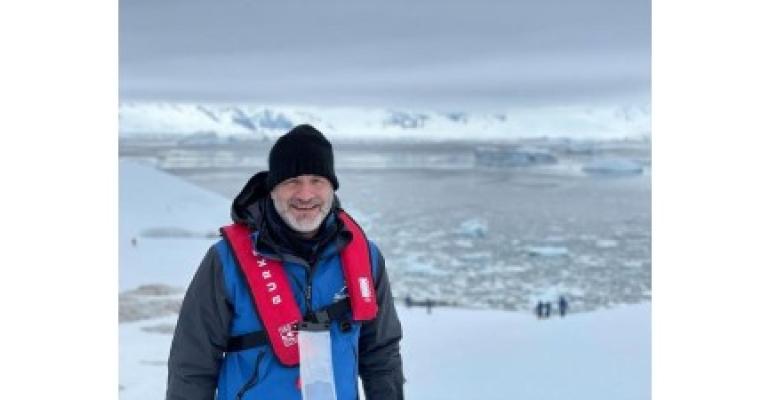 'We do everything to welcome all our passengers in the most comfortable way and our product remains international, dynamic and convivial,' Nicolas Bilek said

Nicolas Bilek talked with Seatrade Cruise News about how Aurora Expeditions is reaching out to French-speaking travelers.

Bilek, a Frenchman, was appointed in June as business development manager reponsible for France, Belgium, Switzerland and Québec.

With only one 132-passenger ship, Greg Mortimer, in 2019, the Australian company was virtually unknown in the francophone countries. Some two-thirds of the passengers are Australians with the balance mostly from the US and the UK. Sister ship Sylvia Earle will join in November, giving Aurora Expeditions more capacity to expand into new source markets.

People's expectations are evolving; they seek more meaningful travel and an eco-responsible way to travel, according to Bilek, who has 22 years of cruise industry experience, including 17 with Ponant, and knowledge of tourism trends and commercial strategies through his own consulting firm BLK Conseils.

Even if some companies already offer Antarctic and Arctic programs to French-speaking markets, 'Aurora Expeditions has a concept of its own, its guiding principles being adventure, discovery and exploration,' Bilek said. 'All voyages, whether in polar, tropical or Atlantic regions, are sheer expedition in total respect for the environment, a cruise being just a way to offer it on ultra-modern, comfortable and purpose-built small ships with an X-BOW, which provides an appreciable stability.'

Instead of ostentatious luxury, there's a relaxed onboard spirit, a friendly and informal atmosphere conducive to sharing experiences and knowledge. Bilek said this appeals not only to younger people but also to like-minded older ones with the same desire for enrichment and able to appreciate, at their own pace, the many activities offered. Because of the ships' small size, passengers can disembark in one group and take several excursions during a day.

Option of flying over the Drake Passage

On Antarctica departures between Jan. 15 and March 3, 2023, and Feb. 3 and March 1, 2024, passengers have the option to sail one way from the South American mainland to the ship and fly the other or fly both ways, suitable for those who don't have much time or wish to skip the four days in total for crossing the often rough Drake Passage.

In addition to an Arctic season where both ships will operate cruises to Svalbard, Iceland, Greenland and the Northwest Passage, a large range of destinations is available in 2023 with the same expedition concept and a variety of activities, including sea kayaking, stand-up paddle boarding and scuba diving.

The 'Islands of the Atlantic' cruise round-trip Lisbon includes Cape Verde, the Canary Islands and the Azores. Other destinations include the British Isles and a Costa Rica and Panama Canal cruise from Cartagena de Indias to San José.

At least one French-speaking guide on all departures

With each cruise carrying up to 20 experienced naturalist guides, Aurora Expeditions committed to provide at least one French-speaking guide on all 2023 departures. On some, there may be up to four or five, which should be the case for 20 to 25 departures until the end of next year across all destinations.

The company is working on its website to easily identify those. Lectures are to be held in English and French, 'paying particular attention to francophone passengers in a very approachable and friendly way,' Bilek said. Menus are translated but not daily programs, yet, however 'There is a real will to put things in place ... We do everything to welcome all our passengers in the most comfortable way and our product remains international, dynamic and convivial.'

A preferred partner per country

Aurora Expeditions works with a preferred sales partner in each francophone country: Un Océan de Croisières in France, Footprints in Belgium and Kuoni Cruises in Switzerland. In Québec, it is Cinq Continents, which also offers pre- and post-cruise stays. But other sellers are not excluded.

The company has two flyers in French, an agreement with B2B travel medium Tourmag and tour operator Destination Aventure, as well as Voyages en Direct.