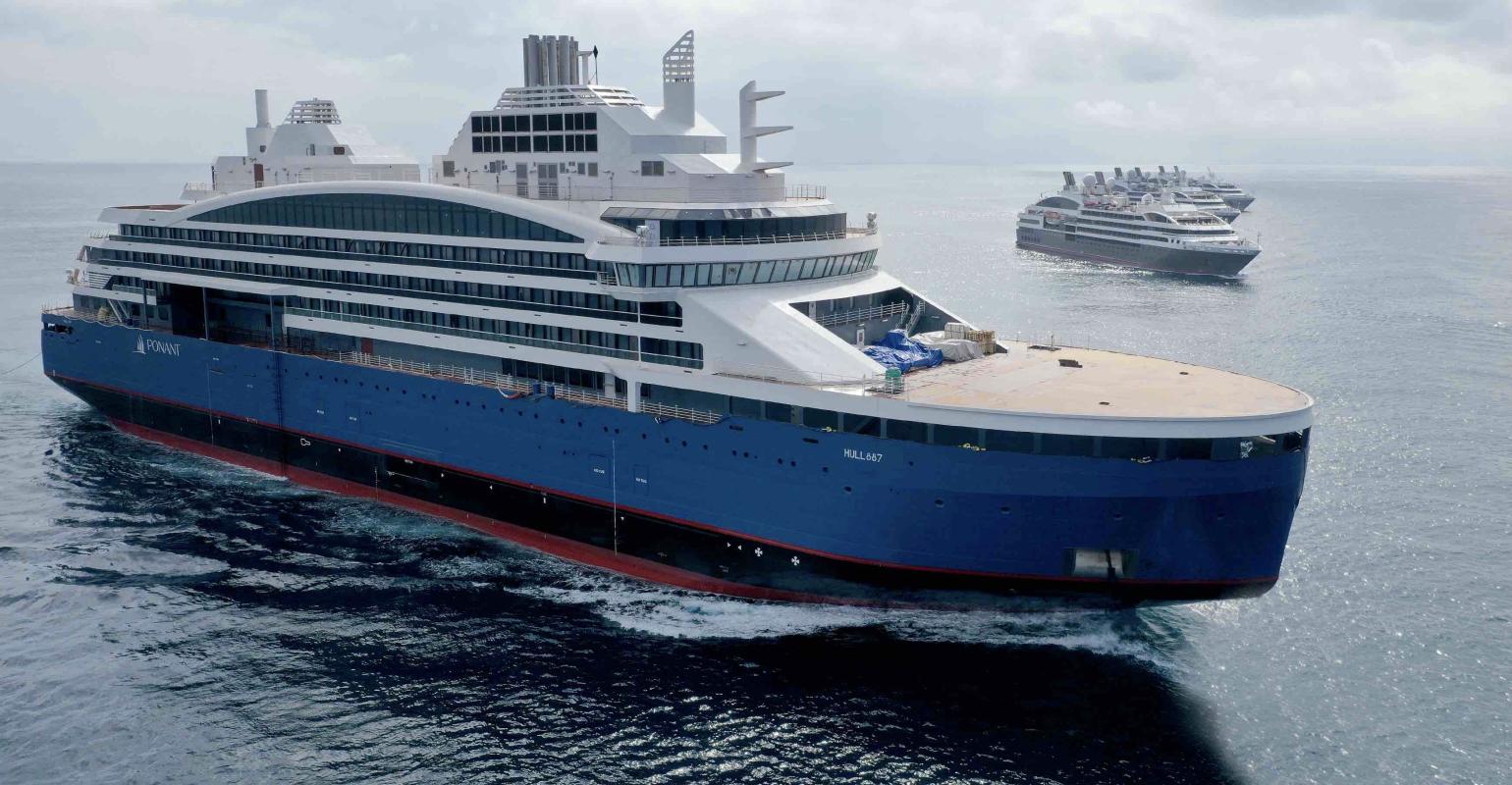 PHOTO: PONANT
Le Commandant Charcot, foreground, is shown during its rendezvous in the Gibraltar Strait with L'Austral, Le Boréal and Le Lyrial in April

Le Commandant Charcot is being outfitted at Vard Søviknes in Norway after arriving from Vard Tulcea in Romania, where the superstructure was built.

This hybrid electric polar exploration vessel, to be fueled by LNG, is due for delivery to Ponant in April 2021.

Le Commandant Charcot was towed from Eastern Europe to Norway in a monthlong voyage. On the way, it rendezvoused in the Gibraltar Strait with Ponant's L'Austral, Le Boréal and Le Lyrial as they headed to Marseille for layup during the current suspension of cruise operations.

Designed as a PC2 polar-class ship, Le Commandant Charcot will be able to sail in extreme polar regions with minimal environmental impact.

Ponant also intends to make Le Commandant Charcot available to the scientific community. It will be fitted with laboratories, equipment and dedicated staterooms for researchers to offer a platform for polar observation, research and analysis.

Destinations will include the true geographic North Pole and areas in Antarctica where fewer people have traveled than to the moon.

Helsinki Shipyard gets to work on the first of two luxury expedition vessels
Apr 28, 2020