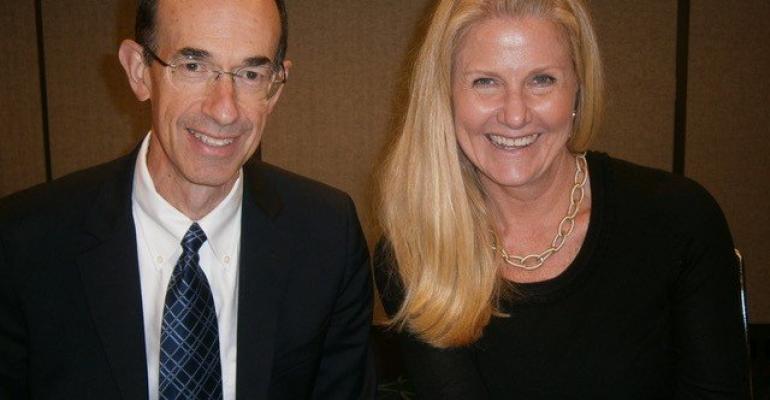 Goldstein referred to Australia once again leading the established cruise markets in penetration rates, with 5.8% of the population taking an ocean cruise in 2018.

He said there has been ‘amazing growth’ in the Australian market and told delegates at Cruise360 they were ahead of the game, just for being there.

At a roundtable meeting with media during the lunch break, he said the most compelling issue in the industry today is how to attract people who haven’t cruised.

‘Only 2% of the world’s population cruise,’ he said. ‘Increasing that number is an enormous challenge.’

He reiterated once again that Sydney urgently needs to build a second cruise terminal on the eastern side of the Harbour Bridge and said the most recent talks with the government about this had been ‘more positive.’

When asked if Royal Caribbean would partner in the building of a new terminal he said: ‘We have made it clear that we are eager to discuss solutions.’