Bravo to air 'Live With Andy Cohen' on Celebrity Beyond 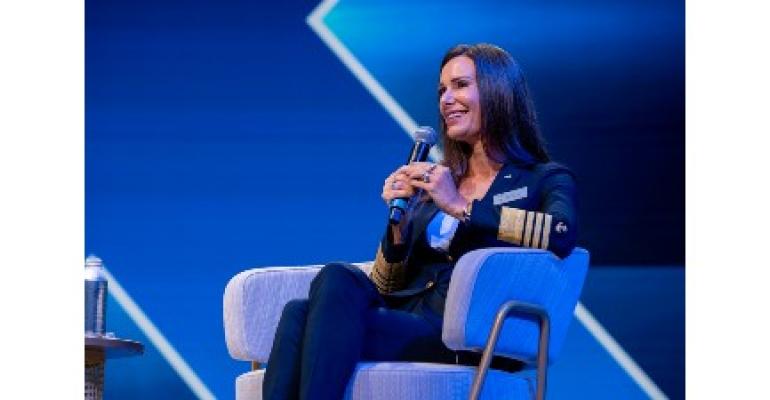 Capt. Kate McCue will participate in a nautical-inspired game with 'Below Deck' captains during the taped broadcast from Celebrity Beyond

A taping of Bravo’s 'Watch What Happens Live With Andy Cohen' aboard Celebrity Beyond, to air Nov. 1, kicks off a new partnership between NBCUniversal and Celebrity Cruises.

'Below Deck' captains party on Celebrity Beyond

In a first-of-its-kind taping for the show, Andy Cohen and all five captains from Bravo’s 'Below Deck' franchise including Capt. Lee Rosbach, Capt. Sandy Yawn, Capt. Glenn Shepard, Capt. Jason Chambers and Capt. Kerry Titheradge boarded for an evening of cocktails, games and celebrating.

The 'Watch What Happens Live' episode will air on Tuesday immediately following the series premiere of 'Below Deck Adventure' on Bravo and will be available to stream the next day on Peacock.

As part of this partnership, Celebrity Cruises will get promotional elements like custom content promos produced by the Creative Partnerships @ NBCU team, an NBCU picture-in-picture commercial innovation while giving fans of 'Watch What Happens Live With Andy Cohen' to more content via a Twitter After Show and more.

In addition, McCue will participate in a nautical-inspired game with 'Below Deck' captains during the broadcast. Plus, during the Twitter After Show, 'Watch What Happens Live With Andy Cohen's' namesake bar will be tended to by McCue herself.

'The partnership opportunity with NBCUniversal and Bravo was meant to be ... We both wanted to do something that hadn’t been done on a cruise ship before, so using our newest ship, Celebrity Beyond, as the backdrop, filming "Watch What Happens Live With Andy Cohen" ... was the perfect opportunity,' Celebrity Chief Marketing Officer Michael Scheiner said. 'Leveraging the fanfare of the show along with our own content to use in advertising across NBCUniversal really gives us a great opportunity to market our brand.'