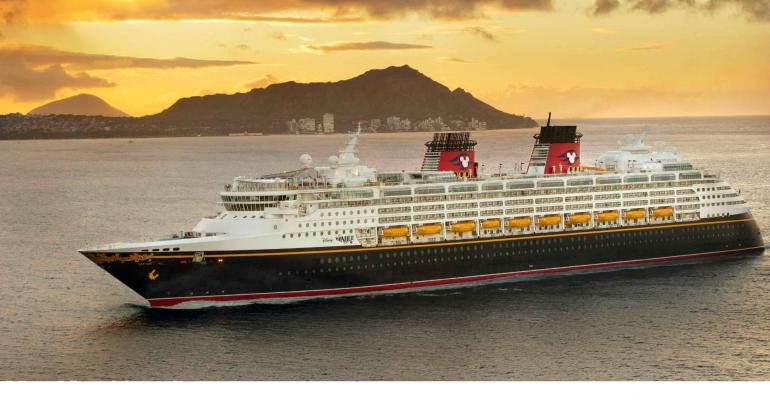 Disney Wonder will operate a pair of 10-night Hawaii cruises

Disney Cruise Line will return to Hawaii in early 2022, along with sailings to the Bahamas, Caribbean and Mexico.

Disney Wonder returns to Hawaii for two 10-night cruises. The ship will sail from Vancouver, BC, to Honolulu on April 26, with a return voyage to Vancouver on May 6.

In early 2022, two ships will sail from Port Canaveral and a third from Miami, all stopping at Castaway Cay.

From Port Canaveral, Disney Fantasy begins the year with a six-night Western Caribbean cruise, followed by seven-night voyages to a variety of destinations in the Eastern and Western Caribbean.

A special six-night Bahamas cruise offered from both Galveston and New Orleans gives the opportunity to visit Castaway Cay and Key West.

Disney Wonder returns to San Diego in March and April with cruises to Baja, Mexico. Most sailings call at Ensenada. A two-night weekend getaway to Ensenada has a Friday departure from San Diego.

Four- and five-night Baja cruises include a visit to Cabo San Lucas or to California's Catalina Island.