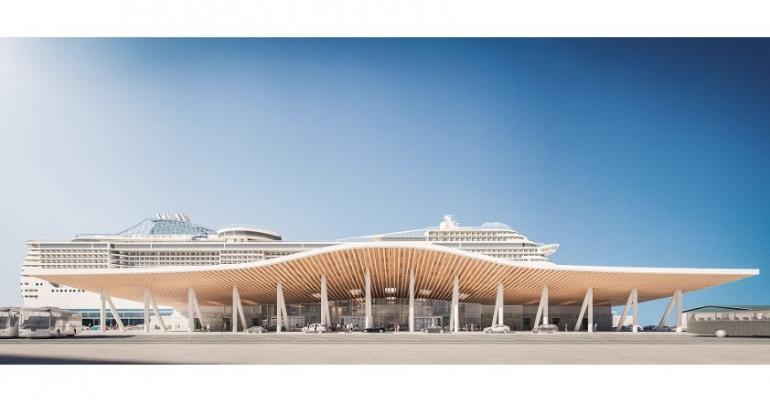 With construction on track, Horizon Cruise Terminal will be welcoming ships alongside from the summer

With nearly 4,000 name suggestions from across the world entered into a competition, Horizon Cruise Terminal was put forward by Anna Chojnacka Liberska from Chandler's Ford, chosen at random from multiple entries of the same name. She won a seven-night holiday from MSC Cruises.

The winner of the second token collect competition was Lin Malt from Hampshire who will receive a seven-night cruise from Norwegian Cruise Line.

'We are delighted to be announcing the name for the port’s newest cruise terminal. We selected this name as the shape of the terminal roof is such a distinctive silhouette on the horizon as you come through Dock Gate 10,' said Alastair Welch, director, ABP Southampton. 'Cruise is such an important part of the city’s heritage, culture and history, and we liked how this name suggests a new start for cruise following a challenging year.

Welch was pleased at the strong response to the naming contest.

'We’re incredibly grateful to have worked with our cruise partners NCL and MSC Cruises to support this competition by providing European cruises as a prize,' he added. 'We’re looking forward to welcoming our first cruise passengers to Horizon Cruise Terminal this summer, and the new terminal becoming an iconic part of the horizon line of the city.'

The Horizon Cruise Terminal is located in the port’s Western Docks.

It has roof-mounted solar power, and shore power connectivity will be installed. With construction on track, ships will be alongside from the summer.