HomeNewsShip OperationsBack by popular demand: SeaDream Norway cruises
Recent
Recent News
Onboard Media touts locally made products on Carnival ships in Alaska
May 24, 2022
NCL moves to nine ships in Europe this year with Sun redeployed from Asia
May 24, 2022
AmaWaterways unveils savings for Mekong return in October
May 24, 2022
NCL’s Ben Angell new chairman of CLIA Australasia
May 24, 2022 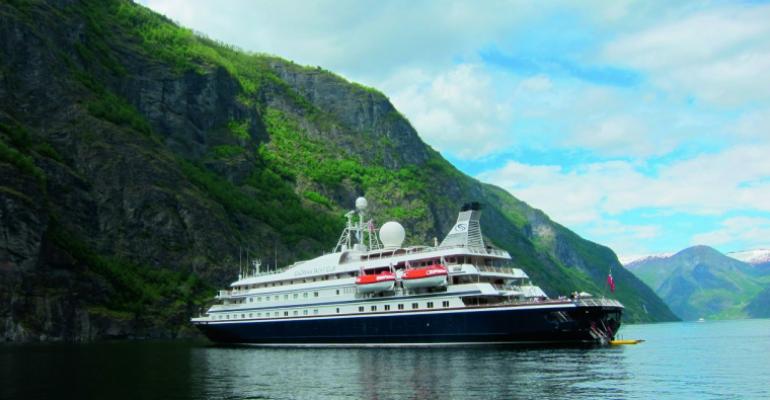 SeaDream will sail a mini-season in Norway this summer

As SeaDream prepares to resume sailing in Greece on June 28, the line added Norway to its summer plans.

Four Norway cruises and an unusual voyage from Oslo to Civitavecchia (Rome) are planned. The first cruise will sail July 7 from Oslo to Bergen, followed by a Bergen to Oslo trip, each seven days. A pair of 10-day sailings follow: Oslo to Tromsø and Tromsø to Oslo.

Then the ship repositions from Oslo to Civitavecchia. The trip is available as Oslo-Bordeaux, eight days, and Bordeaux-Civitavecchia, 10 days.

The company is not requiring passenger vaccination. However, unvaccinated adults will need to present a negative PCR test taken less than 72 hours prior to embarkation, and SeaDream will conduct an antigen test at embarkation. Antigen tests will also be administered to children 12 to 18, while those under 12 will not be tested.

Last summer's Norwegian program was well-received. The company initially planned to operate only one ship, SeaDream I, on nine voyages but had to quickly add SeaDream II to double capacity and meet the demand. The entire season of 21 voyages quickly sold out, and the cruises operated with no COVID-19 cases on board.

SeaDream received messages from past travelers who loved their experience in Norway and those who missed the opportunity last year. As a result, the line crafted four voyages in Norway this summer, featuring destinations that hand-picked by CEO and Founder Atle Brynestad.

Highlights include 'the heart of the fjords' Bergen; Olden, Norway’s gateway to the glaciers; and the Lofoten Islands, high above the Arctic Circle.

The grand voyage from Oslo to Civitavecchia features a picturesque transit through the Little Belt strait and Kiel Canal, gives a taste of France in Bordeaux and stops at Vigo, Cadiz and Ibiza in Spain. On Aug. 28, SeaDream returns to its planned schedule with a couple of Mediterranean charters.

'We know our guests will enjoy the SeaDream experience of casual elegance and gourmet dining accompanied by the most beautiful backdrop in the world,' EVP Andreas Brynestad said.