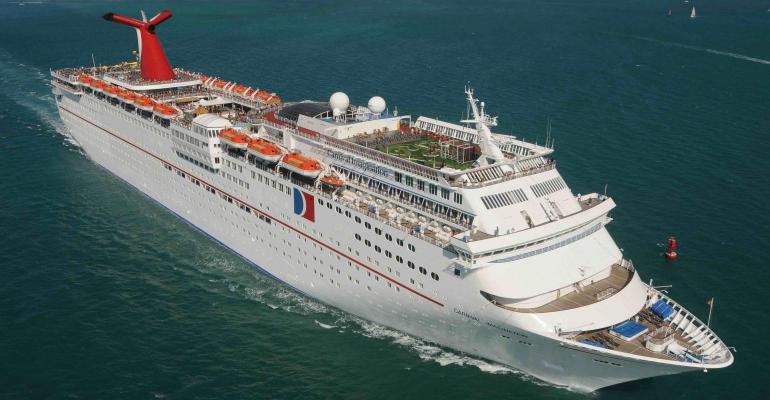 Carnival Imagination is currently located off the breakers at Aliaga, Turkey, according to AIS data

Carnival Cruise Line confirmed the sale of Carnival Fascination and Carnival Imagination, the two latest Fantasy-class ships of the 1990s to be leaving the fleet.

Previously, the company had said those ships would be going into long-term layup, however Carnival Imagination is already at the breakers in Aliaga, Turkey, alongside Carnival Fantasy, whose bow and bridge have already been removed.

Carnival Imagination, built in 1995, follows the older Fantasy and Carnival Inspiration to the breakers. The 1994-built Carnival Fascination, meanwhile, has been in Cádiz, Spain, for weeks, according to AIS data.

These exits are part of Carnival Corp. & plc's plan to accelerate the removal of less efficient ships.

When Carnival returns to operating, it will still field four upgraded Fantasy-class ships — Carnival Ecstasy, Carnival Sensation, Carnival Elation and Carnival Paradise — which have additional balcony staterooms and enhanced dining and entertainment options that are part of the line’s Fun Ship 2.0 enhancement program.

'While we are sad to see Carnival Fascination and Carnival Imagination leave our fleet, it is a necessary move as it allows us to focus on ships that offer the greatest variety of features and stateroom accommodations for our guests,' Carnival President Christine Duffy said.

Related to its ongoing ship enhancement program and current pause in cruise operations, Carnival also advised passengers and travel agents that it is delaying the return of several ships until after scheduled drydock enhancements are completed in the first half of 2021.

The returns of Carnival Spirit and Carnival Splendor are also delayed in Australia.