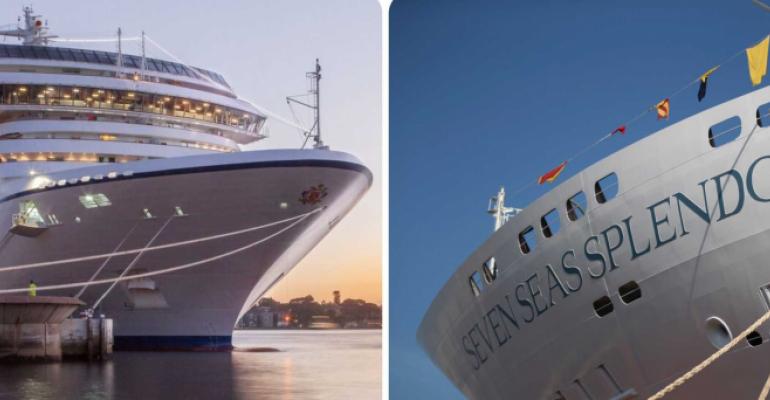 Oceania will restart with sailings to Scandinavia and Western Europe in August, and Regent with voyages from the UK in September. In addition, Norwegian Cruise Line will continue its restart with Mediterranean voyages on Norwegian Epic and Norwegian Getaway in September.

As to news reports from the Bahamas that NCL is looking at homeporting in the Bahamas, a company spokesperson told Seatrade Cruise News: 'We have no updates to share at the moment.'

Vaccination plus testing at embarkation and prior to disembarkation

All three brands require full vaccination for crew and passengers. In addition, protocols include antigen tests prior to embarkation and disembarkation, paid for by the cruise line.

'As part of our two-pronged approach to return to cruising within and outside of the US, we are simultaneously planning for a potential resumption of cruising from US ports while we await further discussion with the CDC regarding our proposal for a July 4 restart to participate in America’s national opening,' NCLH President and CEO Frank Del Rio said.

Oceania Cruises will restart operations with Marina resuming its originally published voyage schedule commencing on Aug. 29 in Copenhagen. Regent Seven Seas Cruises will with Seven Seas Splendor from the UK beginning Sept. 11. The voyage will also mark the resumption of Seven Seas Splendor’s inaugural season, with the ship having only completed two revenue cruises after being christened in February 2020.

All other voyages on these brands with embarkation dates through Sept. 30 have been canceled.

Norwegian Epic from Barcelona and Norwegian Getaway from Rome

NCL previously announced its initial restart with sailings originating in Jamaica, Dominican Republic and Greece beginning in July with Norwegian Joy, Jade and Gem. Certain sailings for Norwegian Cruise Line outside of these newly announced voyages have been canceled. Impacted passengers will be notified.

Stateside, NCLH awaits a response on its proposal submitted to the Centers for Disease Control and Prevention on April 5 when the company proposed to resume July 4 with fully vaccinated crew and passengers and universal testing prior to embarkation, and requested CDC lift the conditional sailing order.