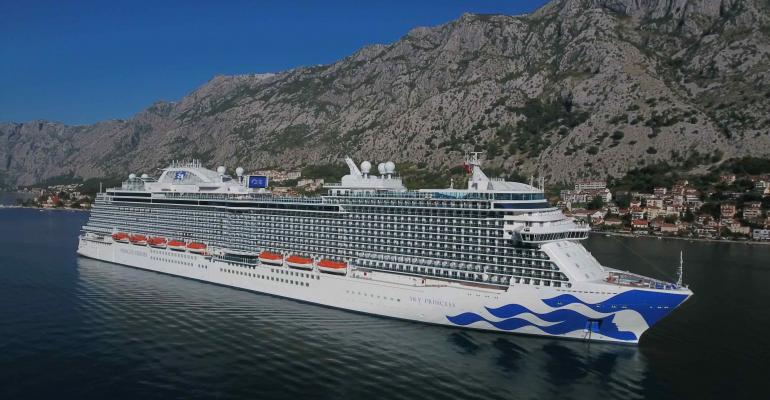 Kotor, Montenegro, is among the destinations for Sky Princess
Princess Cruises’ 2021 program will see three Royal-class ships based in Europe, including the newly delivered Enchanted Princess.

Enchanted Princess will sail from Civitavecchia (Rome), while Sky Princess and Regal Princess will be based in Southampton. All three are MedallionClass ships.

The ship is scheduled to spend May to September sailing round-trip Civitavecchia on a series of new seven-and 14-night voyages calling at destinations including Corfu, Kotor, Marseille and Naples. Enchanted Princess will then sail between Civitavecchia and Barcelona on a series of 11-night 'Grand Mediterranean' voyages.

From Southampton, Sky Princess will spend its first UK season, April to September, on eight- and 12-night British Isles cruises, as well as a series of 12-night Scandinavia/Russia voyages including an overnight in St. Petersburg.

Regal Princess also will spend April to October sailing from Southampton to a variety of destinations including Iceland and Norway, the Mediterranean, Canary Islands, the Baltic and Canada/New England, with voyages ranging from four to 24 nights.