Six more Royal Caribbean ships to sail from US this summer, full fleet to be back globally by year end 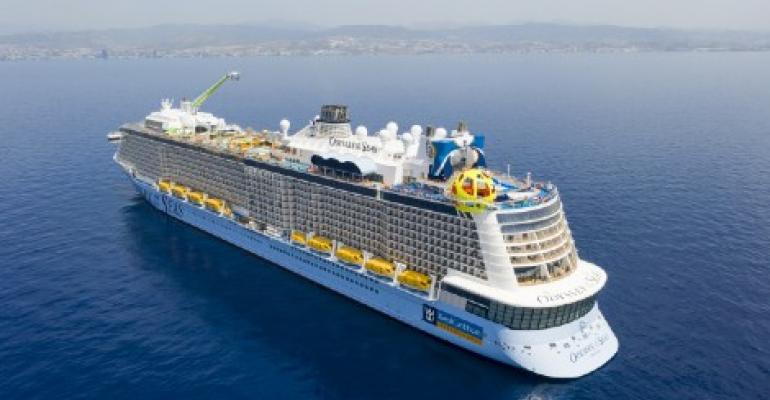 Building on its upcoming return to Alaska, Royal Caribbean International announced six ships will begin sailing from Florida and Texas in July and August.

First up: Freedom of the Seas July 2 from PortMiami with a Fourth of July weekend cruise to Perfect Day at CocoCay. Freedom will continue with three-/four-night Bahamas and CocoCay cruises.

By the end of August, 12 Royal Caribbean ships are expected to be in service across the Bahamas, Caribbean, Alaska and Europe.

The brand-new Odyssey of the Seas, which until recently was to debut in Israel, will now do so on July 3 from Port Everglades with six- and eight-night Caribbean cruises.

Odyssey will soon be followed by Allure, Symphony, Independence and Mariner of the Seas.

In the coming weeks, Royal Caribbean said it will announce plans to reintroduce the full fleet around the globe by year’s end.

'Thanks in large part to the successful rollout of vaccines, the world of adventure is beginning to open up, and we are all excited to start delivering great vacations to our guests, who have increasingly told us they are getting vaccinated,' said Michael Bayley, president and CEO, Royal Caribbean International. 'As of today, 90% of all vacationers booking with Royal Caribbean are either vaccinated or planning to get vaccinated in time for their cruise,' he added.

Besides Freedom and Odyssey from Florida and the previously announced Serenade and Ovation Alaska cruises from Seattle, from Port Canaveral Allure of the Seas will offer seven-night Eastern and Western Caribbean sailings starting Aug. 8 and Mariner of the Seas three-/four-night Bahamas/CocoCay getaways beginning Aug. 20.

Harmony of the Seas in Europe

The expanded summer lineup will go beyond the US to include international ports across the Atlantic, like Barcelona and Civitavecchia (Rome), when Harmony of the Seas returns to Europe. Starting Aug. 15, the Oasis-class ship will operate seven-night Western Mediterranean cruises to destinations like Palma de Mallorca and Marseille.

Cruises outside of those announced today are canceled through the end of August.

Royal Caribbean said all crew will be vaccinated, and it 'strongly recommended' passengers get fully inoculated, too. Those who are unvaccinated or unable to verify vaccination will be required to undergo testing and follow other protocols.

Alaska cruisers 16 and older must be fully vaccinated, with the age dropping to 12 as of Aug. 1. There's a vaccination mandate for adult travelers on the Bahamas-originating, UK and Cyprus cruises, too.

Bayley thanked Florida Gov. Ron DeSantis, Miami-Dade County Mayor Daniella Levine Cava, Broward County Mayor Steve Geller and Canaveral Port Authority Chairman Wayne Justice and commissioners for their 'steadfast support of our industry and for providing access to vaccines to the thousands of crew on our ships off the Eastern Seaboard.'

Royal Caribbean said discussions continue with the Centers for Disease Control and Prevention and multiple state, local and port authorities in the US and with various destination communities regarding requirements for each ship's simulation cruise. The applications for simulation cruises are under review and receiving approvals on a rolling basis.