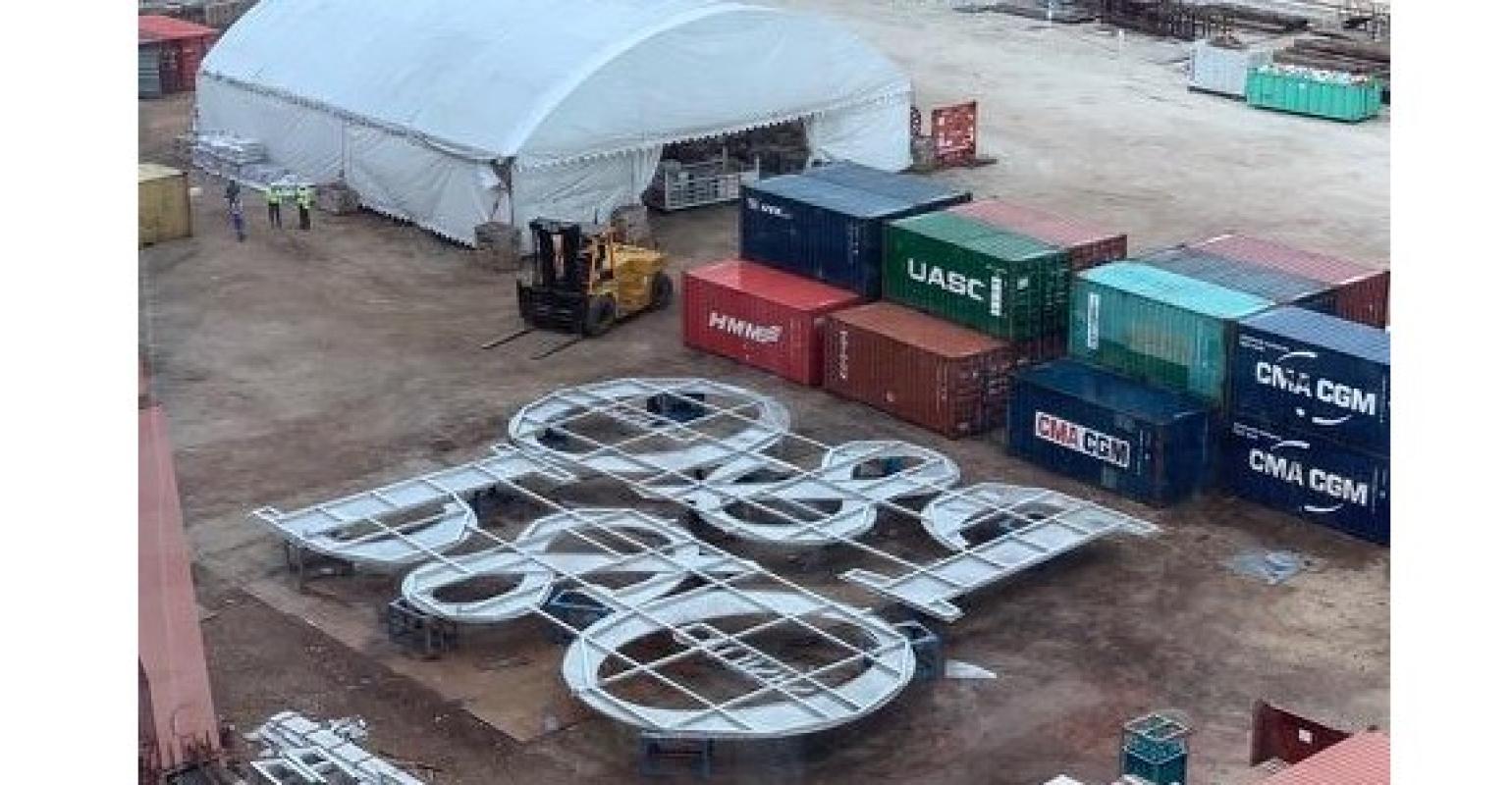 The nameplates to be fitted to the funnel dockside in Singapore
When Princess Cruises’ former Star Princess arrived in Singapore for her makeover as P&O Cruises Australia’s Pacific Encounter, her new nameplates were waiting on the wharf.

The two ‘P&O’ plates, each 20 metres long, eight metres high and weighing three tonnes, will be displayed on the funnel, high above the top deck.

A design and technical team in Singapore will oversee the ship's emergence as Pacific Encounter.

Together with Pacific Adventure (formerly Golden Princess) and Pacific Explorer (Dawn Princess), she will make up P&O Cruises Australia’s new three mega-ship fleet over the coming months, with a total capacity of around 9,000 passengers.

‘We look forward to the restart of cruising and the rebuilding of cruising in our region,’ Myrmell said.

MSHS Group to expand with boost from MPE Partners
Mar 02, 2021