Viking Mississippi riverboat is floated out in Louisiana 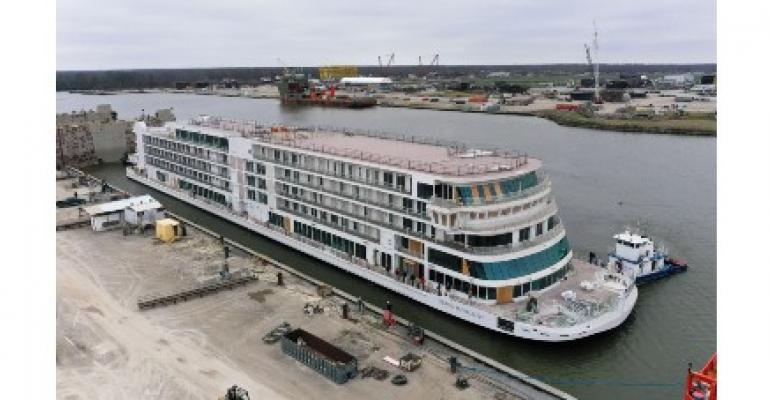 The 386-passenger Viking Mississippi was floated out in Louisiana, marking a major construction milestone.

Set to debut in June, it is Viking's first US riverboat and will sail on the Lower and Upper Mississippi River, between New Orleans and St. Paul, Minnesota.

'Our guests have long wanted to sail the Mississippi River with Viking, and we very much look forward to welcoming them onboard this summer,' Viking Chairman Torstein Hagen said. He thanked Edison Chouest Offshore for bringing the vessel to life.

Viking’s arrival to the Mississippi will represent a major commitment to tourism and economic development in many communities along the river. The voyages are expected to bring more than 7,500 passengers to the region in 2022 and more than 17,600 in the first full sailing season in 2023.

The five-deck vessel has all outside staterooms and is inspired by Viking’s river and ocean ships with elegant Scandinavian design and familiar public spaces reimagined for the Mississippi.

More than one year ago, Viking opened 2024 itineraries for sale on strong demand.