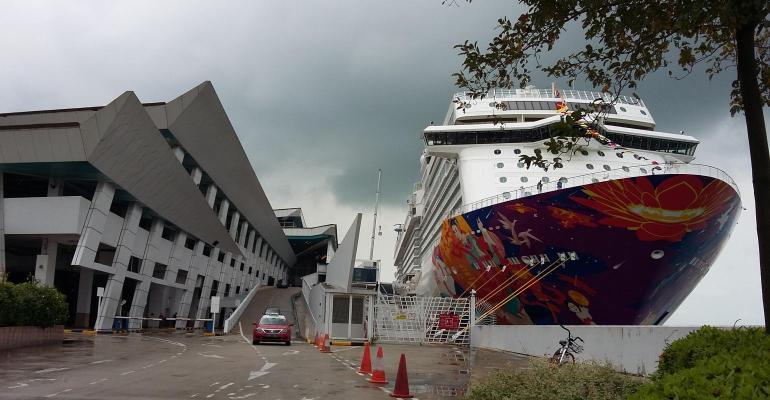 KfW IPEX-Bank is understood to have submitted a protective bid for the ship which, as a creditor to Genting Hong Kong, it had arrested in March.

A KfW spokesperson said the bank is not in a position to comment.

A spokesperson for the High Court of Singapore said the outcome of the sheriff's sale will not be announced publicly. However, should the sale be successful, this would be published once the vessel is delivered to its new owner.

World Dream is still listed as under arrest.

The court had ordered a sale by sealed tender, with bids due Dec. 21.

The 2017-built ship sailed for Dream Cruises until Genting HK's demise. It measures 150,695gt with capacity for 5,000 passengers.

World Dream is the sister of 2016's Genting Dream, currently sailing for Resorts World Cruises on lease from a consortium of Chinese banks that acquired the ship for $900m in 2020.

'We did not bid. We understand no one bid and that only Resorts World inspected the vessel but did not bid,' said Asia cruise expert Trey Hickey, a former SVP international for Princess Cruises and Carnival plc, who worked with a private equity group of former KKR people that earlier expressed interest in Global Dream and World Dream.

According to Hickey, KfW may be challenged to sell World Dream — especially to a buyer with no other vessels. Combining with sister Genting Dream would make a more sustainable operation, he said, for anybody looking to establish a footprint in the Asian cruise market.

'I think both ships belong in Asia. They're designed for the Asian market,' Hickey said, adding that someone could buy and renovate for Western operations, 'but in this market, I just don't see that happening.'

Update adds information from the High Court of Singapore