It's official: Disney Cruise Line bags Global Dream, to sail for new markets outside US 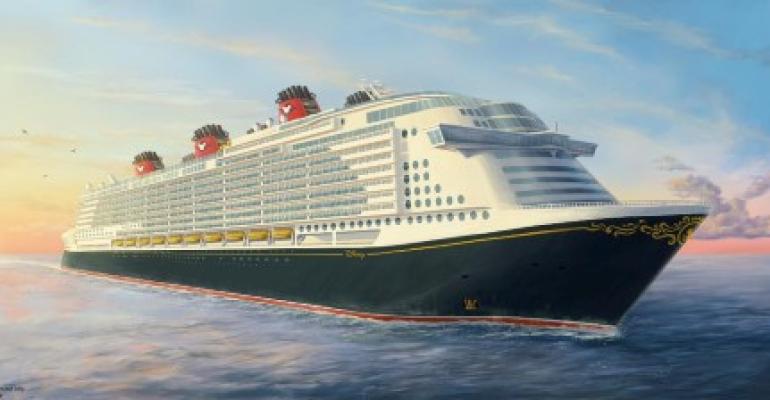 Global Dream will be renamed and the exterior will be adorned in the iconic Mickey Mouse-inspired colors of the fleet, complete with signature red funnels

Disney Cruise Line confirmed the acquisition of Global Dream, which it will complete in partnership with Meyer Werft and base outside the US with service to begin in 2025.

The 208,000gt ship, which was left unfinished at MV Werften with the collapse of Genting Hong Kong, had been expected to go to Disney.

It will be renamed and gain reimagined features under the expertise of Walt Disney Imagineers, with passenger capacity expected to be approximately 6,000 with around 2,300 crew members.

This is down from the 9,000-passenger capacity planned by Genting HK for the Asian family market with many four-berth cabins. Ample space was also designed for casino gaming, not something Disney currently offers.

Construction will be completed at the former MV Werften in Wismar, under the management of Meyer Werft, the Papenburg-based company that built Disney Wish, Disney Fantasy and Disney Dream.

It is expected to be among the first in cruising fueled by green methanol, one of the lowest emission fuels available.

The exterior will be adorned in the iconic Mickey Mouse-inspired colors of the fleet, complete with signature red funnels.

'Our cruise ships give us the unique opportunity to bring Disney magic to fans no matter where they are, and the addition of this ship will make a Disney Cruise Line vacation accessible to more families than ever before,' said Josh D’Amaro, chairman, Disney Parks, Experiences and Products.

Seatrade Cruise News understands there were several bidders for the ship.

Disney today said it was able to secure Global Dream at a 'favorable price and within the capital expenditure guidance the Walt Disney Company provided on its recent earnings call. The project also secures employment for hundreds of former MV Werften employees and will provide opportunities for numerous maritime industry suppliers in the region.'

MV Werften's Wismar yard was acquired by Thyssenkrupp Marine Systems in June, with plans to convert the facility for submarine production and perhaps naval surface vessels.

More details about the maiden voyage, itineraries and onboard experiences will be announced at a later date.