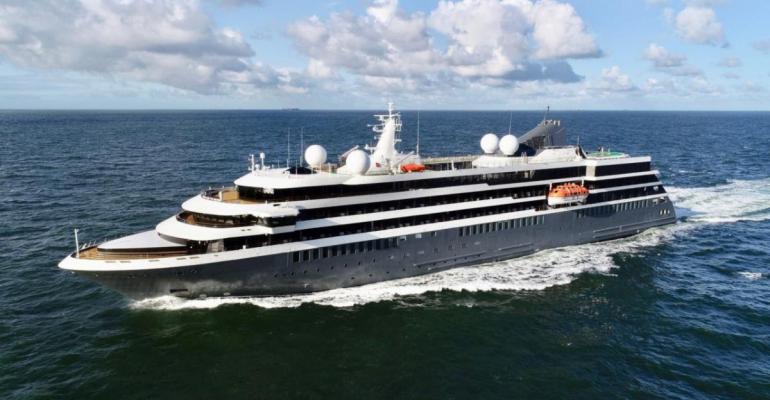 World Navigator’s first 10 itineraries range from seven to 15 nights throughout the Holy Lands and the Mediterranean and Black Sea. The ship will call at a total of 66 destinations where travelers can choose from a range of soon-to-be-announced, heart-pounding and marquee shoreside experiences.

To mark its inaugural season, Atlas Ocean Voyages is offering travel advisors an additional 3% bonus commission for a total of 15%. Travelers get early-booking savings up to $2,000 per stateroom or suite, 50% reduced deposit and an additional 5% savings for booking two consecutive voyages.

The inaugural savings and bonus commission offers are combinable and applicable for all new bookings made from Jan. 2 through March 31, 2020, aboard all inaugural deployment sailings.

Small is the new big

The following nine-night voyage, departing Aug. 4, circumnavigates the Black Sea with calls at Novorossiysk, Russia – from where travelers have the option to visit Moscow; Batumi, Georgia; and Sinop and Amasra, Turkey. The voyage features an overnight in Sochi, Russia, and concludes with an overnight in Istanbul. The two sailings can be combined into a 16-night program.

World Navigator will offer three Holy Lands voyages. All feature overnights in Haifa (Jerusalem) and Ashdod (Masada). With four nights, travelers can experience both Jerusalem and the must-see highlights of the region, and join in an optional adventure experience such as an overnight at a kibbutz, a Bedouin camp or the archaeological site of Petra in Jordan.

The first 15-night voyage begins Aug. 13 with an overnight in Istanbul and includes calls at eight Turkish ports (Troy/Gallipoli, Bozcaada, Dikili, Kusadasi, Bodrum, Marmaris, Fethiye and Kekova Island), as well as Patmos, Greece, and Paphos, Cyprus. A nine-night voyage on Aug. 28 begins with the Jerusalem and Masada overnights and includes Egypt’s Port Said (Cairo) and Alexandria, as well as Heraklion, Greece, and Limassol, Cyprus. The subsequent 12-night Piraeus round-trip departs Sept. 6 and enhances the previous itinerary with additional calls at Kusadasi and Lindos and replaces Limassol with Paphos.

Atlas Ocean Voyages fares include gratuities, alcoholic and non-alcoholic beverages and one or more shore excursions.