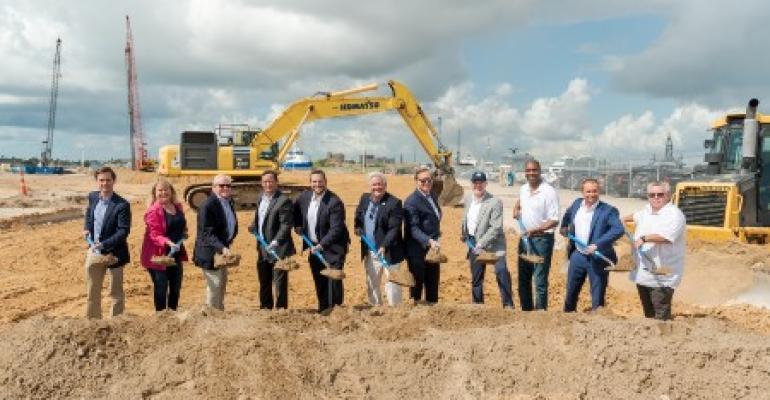 Future home to Allure of the Seas

To be completed in fall 2022, the port’s third cruise terminal is being built by Royal Caribbean to homeport Allure of the Seas on weekly cruises.

Currently, Royal Caribbean’s Independence and Liberty of the Seas are the largest cruise ships based at the port.

Royal Caribbean's Josh Carroll, VP destination development, said the terminal will have a 'stunning, bold architectural design and technological advancements that will significantly enhance the experience for our guests.'

The 161,300-square-foot terminal will cover 10 acres at Pier 10 in the easternmost area of the port on Galveston Island. The port will build and operate a 1,800-space cruise parking lot at the terminal.

According to the port, the construction project will generate an estimated 400 Texas construction jobs and 400 local operations jobs.

Galveston Wharves signed a long-term contract with Royal Caribbean for the new facility in December 2019. The cruise giant will build the terminal, then lease it from the port for an initial 20-year term with four 10-year options.

Royal Caribbean began sailing from Galveston in 2020 with Rhapsody of the Seas.