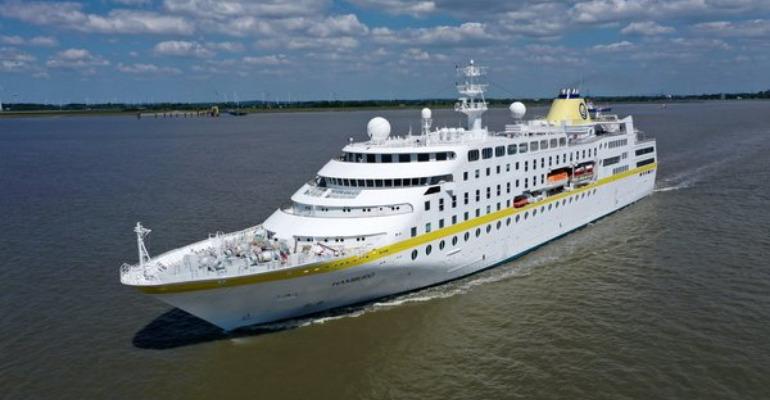 The Port of Kiel saw the start of a promising cruise season on April 20 when Plantours Kreuzfahrten's Hamburg called - its first cruise ship of 2022.

Upon its departure on Wednesday evening, the vessel – carrying 400 passengers and 170 crew – set sail for the Kiel-Canal and a subsequent tours of some of the German North Sea islands, calling Heligoland on Thursday, Sylt on April 22, Amrum on April 23 and Borkum on April 24, ahead of its next turnaround on Monday at Hamburg.

A variety of shore excursions are planned, however passengers are also permitted to explore the islands individually. Interest in Germany's local destinations increased sharply during the pandemic, a continuing trend. While suitable for smaller cruise vessels only, such itineraries benefit from short distances between the different ports of call, allowing low speed sailing at night, both reducing fuel consumption and saving costs.

Several operators are making use of the opportunity this year; Plantours has already scheduled a similar North Sea islands itinerary of Hamburg for April and May 2023.

According to the port’s MD, Dirk Claus, the port anticipates 249 cruise ship calls this year - an increase of approximately 40% on 2019 figures.

He added that Kiel is expecting ‘the most international season’ in its history as a cruise port, with a variety of operators bringing passengers of multiple nationalities.

Complementing the season's first call, Kiel port inaugurated a new viewing terrace at Ostseekai on April 20. Completed two years ago as a part of Ostseekai's new terminal building, the pandemic prevented the facility previously opening to the public.

In the future, it will be accessible whenever a cruise vessel is docked at Ostseekai.

Access is located outside the ISPS area between Ostseekai's two terminal buildings, and is intended to become an attraction for passengers.