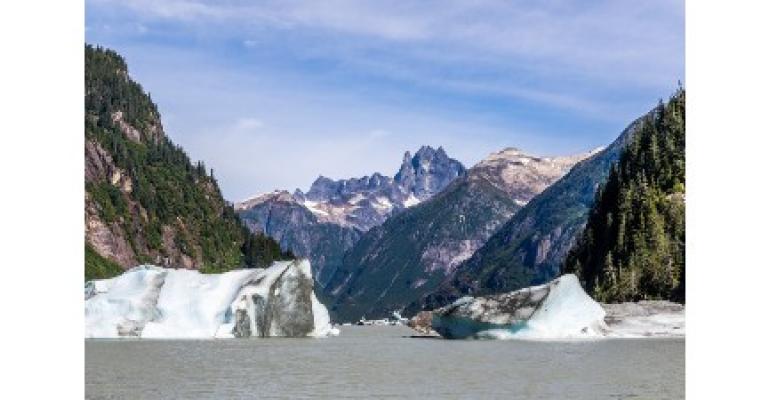 A small-ship alternative to the more developed Ketchikan, Wrangell sits on the edge of Alaska's Tongass National Forest and offers abundant wilderness activities.

'We love being a smaller, unique port. We don't get megaships with jewelry stores ... We are the destination for luxury expedition ships,' said Caitlin Cardinell, executive director of the Stikine River Jet Boat Association (SRJBA).

Wrangell used to be a vibrant logging town. After Congress passed the Tongass Timber Reform Act in 1990, logging was scaled back in favor of fish and wildlife preservation. The population plummeted — it's now around 2,000, and young people often leave for opportunities elsewhere.

'Wrangell has been struggling to economically reinvent what type of city we want to be,' Cardinell said. 'I'm trying to get our city to refocus and pivot towards tourism.'

For people seeking 'the real Alaska'

She 'definitely' sees the opportunity for small ships to play a role, adding that passengers on these vessels often tell her they came to see 'the real Alaska.'

According to Cardinell, 'All the dollars spent in town go directly into our local economy' — not to outside parties or chain retailers.

'Wrangell offers so much for our guests. It has an old Alaska feel,' said Mike Hicks, spokesman for American Queen Voyages.

Ocean Victory's included land program is a 2.5-hour shuttle tour that visits Petroglyph Beach State Historic Park, the Wrangell Museum and Chief Shakes Tribal House. Many passengers also purchase a wilderness tour; the ship stays long enough in port that they can do both.

'The jet boats are one of those activities everyone wants to do in Alaska,' Hicks said.

During Ocean Victory's inaugural call, American Queen Voyages' founder and Chairman John Waggoner and wife Claudette took one of SRJBA's 'Premium Glacier Discovery' jet boat tours to Le Conte Glacier, America's southernmost tidewater glacier. The tour description speaks of waterfalls thundering down towering mountainsides, and the boat gliding through iceberg-studded waters to the face of the glacier where visitors watch and listen for chunks of ice calving from its face with a sound like thunder.

'Claudette grabbed my arm and said it was life-changing,' Hicks said. 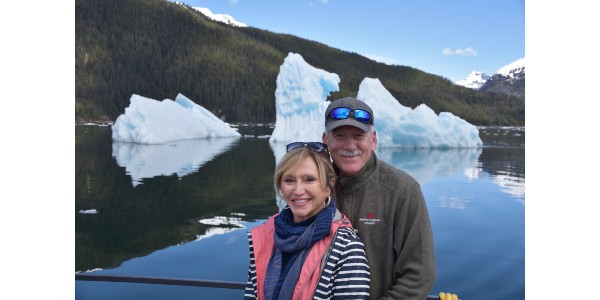 Claudette and John Waggoner on their jet boat tour

The SRJBA is a cooperative of five independent businesses. Association members go through 'extreme vetting,' Cardinell said, and all the jet boat captains are born and raised in Wrangell with more than 200 years of collective experience.

Cardinell's role is to serve as a single point of contact for cruise ships. 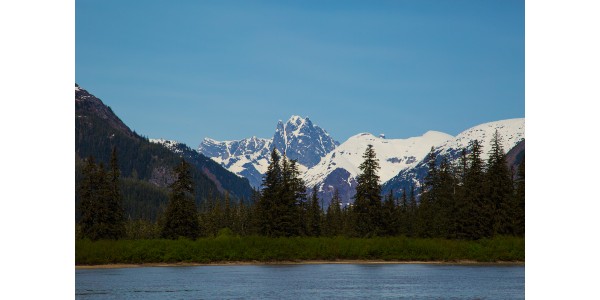 'This place is gorgeous and brilliant under any type of weather,' she continued. 'It can be foggy like "The Lord of the Rings" or sunny and 70 or 80 degrees and you see the lush green of the forest and the blue of the sky contrasted with the white of the mountaintops. It really takes people's breath away.'

The Anan Bear and Wildlife Observatory is another featured tour.

The ancient forest of Anan is protected by the the US Forest Service, which issues permits to visit via a lottery system. Only 60  people a day are allowed; all SRJBA members are permit holders. Beginning in late June, the first of what will be millions of pink salmon arrive at Anan Creek to spawn, attracting black and brown bears, bald eagles and harbor seals. This tour operates only during peak viewing times, from July 5 to Aug. 25.

Participants step from their jet boat onto a beach where a Forest Serview steward walks them along a gravel trail to the viewing deck over the creek. It's possible to see bears from the trail, too. 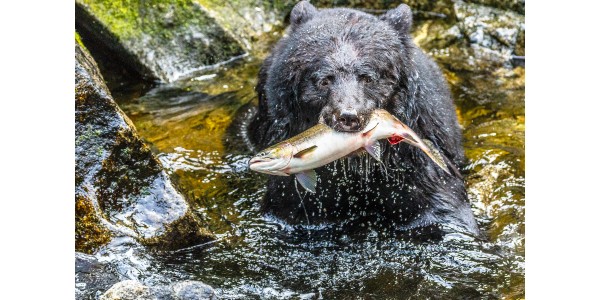 'It's a really special experience. It's very scenic and very remote. You don't run into other people. You are in the bears' habitat,' Cardinell said, adding that the guides are extensively trained and carry firearms and bear spray.

Outside the peak bear times, in May, June, September and October, SRJBA's 'Ancient Forest' tour, an interpretive hike, focuses on Anan's natural habitat and has cultural aspects. The area is significant to the Tlingit and Haida nations; it used to be a neutral meeting zone for the tribes, and visitors can see old Native salmon traps.

Harbor seals, otters and salmon may be viewed at the lagoon, along with 'tons of bald eagles' and berry bushes in summer, Cardinell said. It's possible to see bears.

In addition, SRJBA will soon be adding a wildlife-viewing tour on a 21-passenger catamaran that's capable of operating in open, rougher waters. 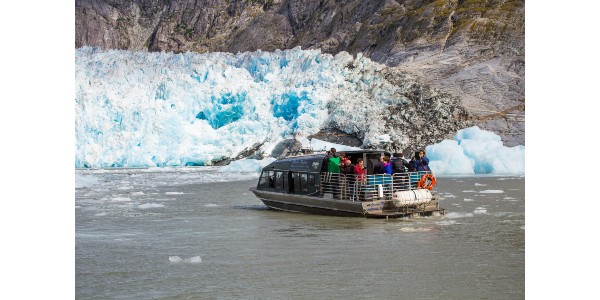 Up close to a glacier

Cardinell said it's ideal when cruise ships stay at Wrangell for nine hours to enable morning and afternoon tour departures.

City Dock can accommodate vessels up to around 950 feet, with others anchoring on multi-ship days. When at anchor, some — like Ocean Victory and Roald Amundsen — can dispatch passengers to jet boat tours directly from their side hatches. Otherwise, tours depart from a floating dock attached to the City Dock.

And, from City Dock, visitors can easily access hiking trails and land tours.

'We used to be a logging town and we lost that identity,' Cardinell said. She's betting sustainable tourism can be the future.