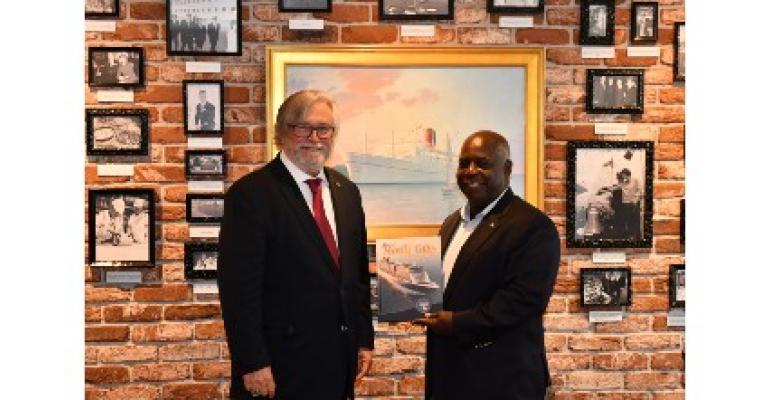 With the 50th birthday of Carnival Cruise Line this month, a conversation with Micky Arison turned from 1972's Mardi Gras to the new one and the roaring success of the Excel platform for Carnival Corp & plc.

'Mardi Gras's just an incredible, incredible step up for Carnival Cruise Line and the ultimate creation for a Fun Ship,' Arison said. 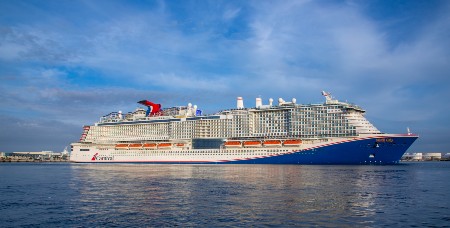 He relished helping create the 180,000gt Excel platform with the newbuild teams and watching how it's been very successful with four brands. 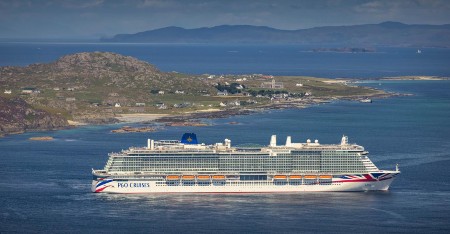 'The only thing you recognize is the LNG technology, maybe the elevators and staircases. Otherwise, they're totally different,' according to Arison. 'You go on a P&O ship, she is spectacular and you have no idea it's related. It's so different. Smeralda is totally different; it is Italian in every respect. We hired a whole new architectural team with [Adam] Tihany supervising. It's been a huge success.

'AIDAnova was the first one and we could tell from that it was going to be an amazing succcess.' 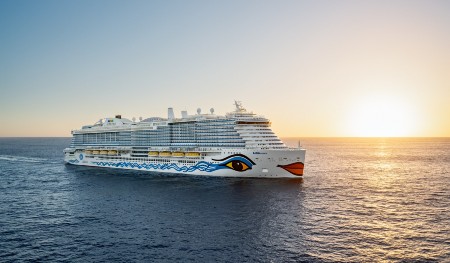 AIDAnova first in the series

Unfortunately, Arison said, after AIDAnova the other ships were delivered during the pandemic so many people haven't seen them yet.

There will be nine by 2023. AIDAnova kicked off the series in 2018, followed by Costa Smeralda and Iona (2020), Costa Toscana, AIDACosma and Mardi Gras (all delivered in 2021), Carnival Celebration and Arvia (coming later this year) and Carnival Jubilee (2023). Meyer Turku just cut steel today for Carnival Jubilee.

Normally Arison would have been visiting the shipyards — Meyer Turku and Meyer Werft — throughout the construction. The pandemic meant that wasn't possible, apart from seeing Costa Smeralda a couple times prior to delivery in Finland and Mardi Gras started behind but not advanced enough to go aboard.

He had a sense of what the ship would be like because he was involved in the general arrangement, the planning and the approvals. But when he saw the completed ship, 'It was a totally different experience. I was very proud of Mardi Gras.

'When you walk onboard and see that central atrium — the whole concept of a side atrium and how that works — the whole thing works so much better than I imagined.

He's proud of 'everyone who put this together' — the Carnival and corporate newbuild teams. He feels the same about AIDAnova, Costa Smeralda and Iona, he added, but 'Mardi Gras is unique because the Carnival brand is so much in my DNA that I was extra proud.'

Customer satisfaction scores and the way passengers and crew react to the ship validate Arison's feelings.

On 1972's Mardi Gras, lunch was a hamburger or hot dog. The entertainment was a juggler or musician.

''Today it's astounding. You go on Mardi Gras, you cannot in seven days try all the food. [The choices are] outstanding and they're varied.

'It's more than Las Vegas at sea,' Arison said. 'The product today, and the prices we charge, are just unbelievable. When you sail on Mardi Gras, the value you get for your money is just off the charts, compared to anything else you can do.' 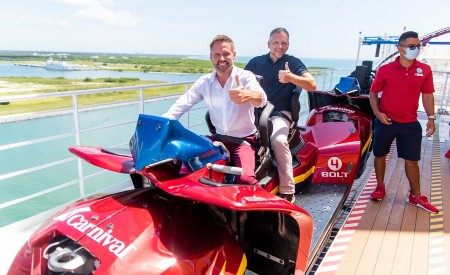 The decision to assign an additional Excel-class ship to the Carnival brand — made during the pandemic — was made before anyone saw Mardi Gras. What will be Carnival Jubilee was first designated for AIDA.

Arison said the switch was due to Carnival Cruise Line's success.

He added AIDA is doing 'extremely well,' but 'for their market segment, it's a very big ship.' In winter, AIDA operates a lot of fly-cruises in the Caribbean so it's 'logistically difficult.'

For AIDA Cruises, AIDAcosma will be 'super successful,' Arison said. 'But their next generation ships will likely be smaller.' Predecessors AIDAPrima and AIDAPerla were smaller: 124,000gt/3,300 lower berths, versus Excel's 5,300 lower berths. So Arison expects AIDA's next-gen ship to be slightly smaller.