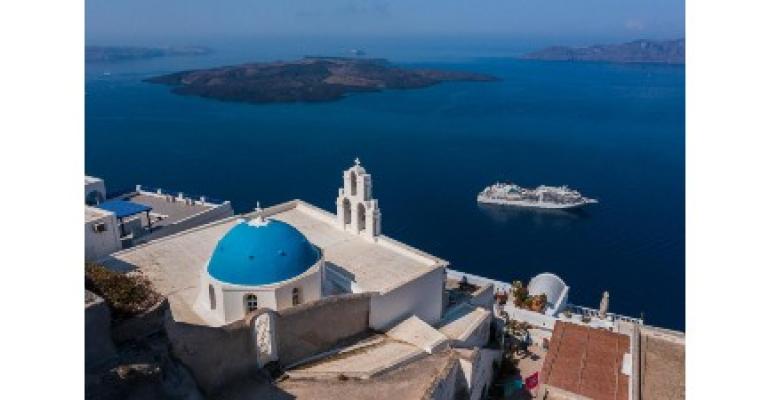 Seabourn Encore will be sailing to the eastern Mediterranean between April and November with voyages to Greece, Turkey, Croatia, Israel and beyond.

The season will mark Seabourn’s return to Turkey for the first time since 2016, with destinatons including the resort town of Cesme, dominated by a medieval castle and the site of a boutique hotel that was once an Ottoman caravanserai dating from 1528.

Bodrum offers a picturesque harbor bobbing with traditional varnished wood sailboats, streets dotted with shops, and the majestic tomb of King Mausolus. Kusadasi's old quarter is a maze of winding streets and houses adorned with flowers and birdcages.

Seabourn’s complimentary 'Evening at Ephesus' invites travelers to a private classical concert in the ancient ruins under the stars.

Seven-day voyages between Piraeus and Istanbul to destinations in the Greek Isles and Turkey begin April 17. Numerous departures through twin itineraries invite combinations with Mykonos and Kusadasi in one direction, and Santorini and Bodrum in the other.

Weeklong Holy Land voyages between Piraeus and Haifa are available, too, along with seven-day sailings between Venice and Piraeus, visiting towns in Greece and along the Adriatic Sea, including the Croatian cities of Dubrovnik and Zadar in one direction and Sibenik and Kotor, Montenegro, on the way back.

Travelers who book by May 31 receive a shipboard credit of up to $800 per suite (ocean-view and veranda) or up to $1,600 per suite (penthouse and above).

Those who pay in full by June 1 get an additional 10% savings on sailings departing in November or later.

Additional savings of up to 15% are available for booking combination voyages.