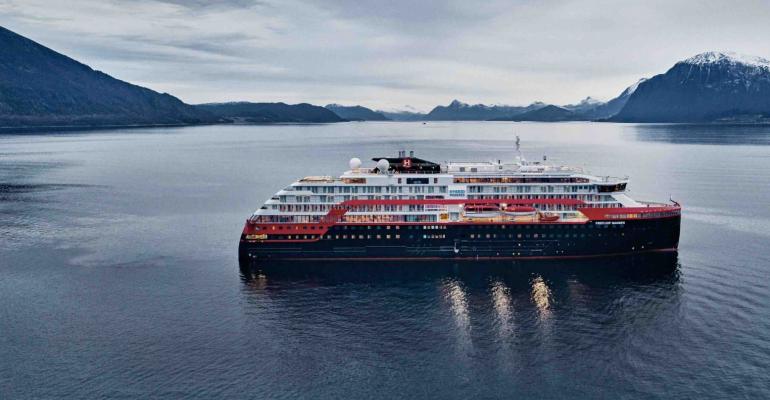 Hurtigruten spokesman Øystein Knoph confirmed the pair of ships are chartered to Truenorth from the end of August to the end of September, but didn't say more.

According to news reports in Norway citing a local government official, Fridtjof Nansen will be docked at Hellesylt and used as a hotel ship during the filming.

Built in 2019, the hybrid-battery-powered Fridtjof Nansen resumed sailing in July. However, a coronavirus outbreak on sister ship Roald Amundsen brought Hurtigruten's expedition cruises to a halt and sparked several investigations.

Coastal service was not impacted.

No word on Truenorth's use for coastal ship Vesterålen, which was recently upgraded.