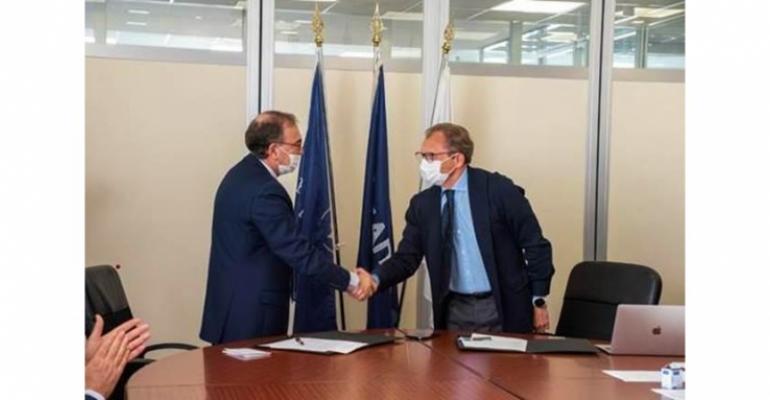 This is Silversea's 10th ship, the third in the Muse class and its third newbuild delivered since the start of 2020. It is scheduled to enter service in the spring.

'As well as the tireless efforts of the teams at Fincantieri and Silversea Cruises, I would like to recognise the great contribution of the Royal Caribbean Group. I am grateful for the Group’s continued support, which has proven invaluable once again,' Martinoli said.

Luigi Matarazzo, GM of Fincantieri’s Merchant Ships Division, noted the builder has been able to keep its deliveries in line with the contractual dates.

'I am particularly pleased to celebrate the delivery of Silver Dawn, just a few months after the successful delivery of her sister vessel, Silver Moon,' he said.

Silver Dawn builds on Silver Moon (delivered in October 2020 from Ancona) and Silver Muse (April 2017 from Sestri Ponente) with Otium, a new wellness program. It continues the S.A.L.T. culinary program that debuted on Moon.

This is the fourth ship built by Fincantieri for Silversea. 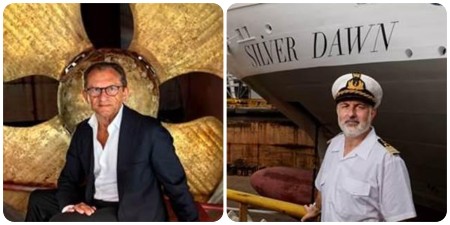 For the first time in his career, world-renowned photographer and long-term Silversea collaborator Steve McCurry cast his lens on a working shipyard. McCurry traveled to the Fincantieri facility in Trieste to photograph Silver Dawn from Aug. 4 this year. As well as capturing the yard workers as Silver Dawn neared completion, McCurry photographed Martinoli and Capt. Samuele Failla.

'The workers were meticulous as if they were working on a priceless work of art,' McCurry said. 'I was reminded of watching a flower opening up into its full beauty. The craftsmanship and skill with which they worked was extraordinary.'