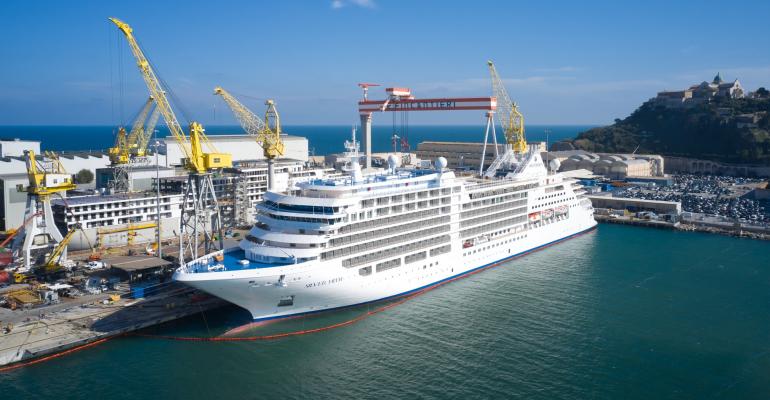 Among its new features are three spaces dedicated to the S.A.L.T. culinary program and handcrafted Lalique crystal panels in the enlarged La Dame Restaurant.

'This beautiful ship represents the resilience of the global cruise industry and it is encouraging to see such innovation and progress in this challenging period,' Fain said.

Silver Moon was oompleted just a couple months after its originally planned delivery date, the Ancona yard making up for Italy's COVID-19 lockdown earlier this year.

'It is apt that Silver Moon was built here in Italy, a cradle of luxury and a country celebrated for its rich culinary heritage,' Martinoli said.

Silver Moon follows 2017's Silver Muse, built at Fincantieri's Sestri Ponente. A third in the series, Silver Dawn, is to come from Ancona in 2021 and during Thursday's Royal Caribbean Group earnings call, CFO Jason Liberty said the ship is scheduled for a fourth-quarter handover.