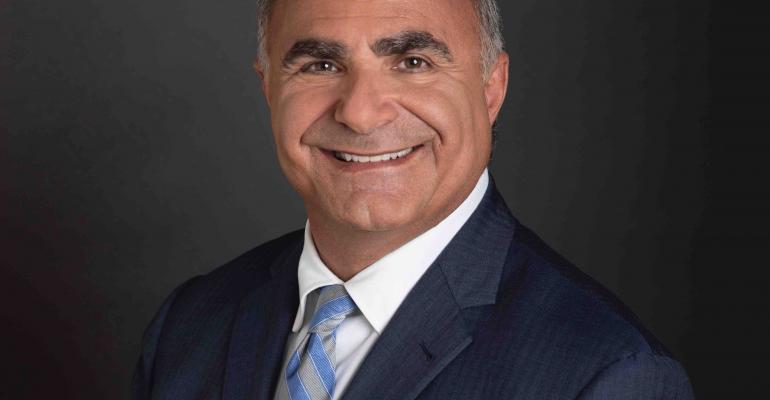 'Get Paid Now' bonus is 'by far the strongest travel seller incentive in the industry,' Alberto Aliberti asserted

Bringing out a new cruise brand during a global travel shutdown would seem to be an impossible task but 'We're lucky,' Atlas Ocean Voyages President Alberto Aliberti said.

That's because Atlas counts a strong parent in Portugal's Mystic Invest Holdings, the fact that its first ship isn't entering service until July 2021 and will start with all the new protocols instead of having to adapt, and the success of its 'Get Paid Now' offer — a brilliant message for financially squeezed travel advisors today.

Plus, Atlas's small ships don't pack in the numbers of travelers that alarm public health officials, and its adventure itineraries focus on less-frequented destinations.

Atlas has just nailed preferred supplier agreements with four additional retail groups, which will add a total of 11,000 agencies. These follow the brand's first such partnership, with giant Travel Leaders Network. Announcements by the new groups are coming.

Such relationships can amplify the message that 'We're financially sound ... We are strong,' Aliberti said.

Atlas just opened sales for its inaugural 2021/22 Antarctica program. The early launch was to give travel sellers 'more ammunition' — meaning options to present clients. 'We're getting to a time frame where people collectively are looking to things returning to normal,' Aliberti said, which means making travel plans.

But since many aren't looking to jump right in, Atlas is fortunate that its first itineraries — to the Mediterranean and Holy Lands — are more than a year out.

Still, Atlas needs to give the trade all the 'ammo' it can so people do book now — like savings including free air and the flexibility to reschedule any trip until March 2022 without penalty. That can be done up to 30 days prior to departure officially, but 'We'll be flexible,' Aliberti said.

The 'Get Paid Now' bonus is 'by far the strongest travel seller incentive in the industry,' he asserted, crediting VP Sales Brandon Townsley for the program that immediately rewards a gift card of $500 to $750 per deposited booking. This is on top of Atlas's 15% generous commission.

Aliberti noted 'Get Paid Now' is an open-ended offer that will continue at least until the end of the third quarter.

'We're a group of people — the owner of the company [Mário Ferreira], I and others — who started on board [cruise ships] serving guests. We're committed to providing personal service to our guests and our distribution partners,' Aliberti said. 'We're fortunate we're dynamic and can make decisions quickly.'

After its varied 2021 Mediterranean program, World Navigator had been scheduled to cross from Lisbon on Oct. 4, 2021, to Rio de Janeiro en route to Antarctica.

Aliberti saw an opportunity to bring World Navigator closer to its US source market by making two shorter cruises that are easier for North Americans to reach and afford the chance to pack in a trade event. As a result, the ship will sail Lisbon-Barbados, then Barbados-Brazil.

The 13-night Lisbon-Bridgetown (Barbados) cruise calls at Madeira, the Canary Islands and St. Lucia. From Barbados, World Navigator will operate a two-night round-trip jaunt for travel advisors and media before embarking on a 10-night voyage to Recife, Brazil, that stops at Tobago, Devil's Island (French Guiana), Belem, Fortaleza and Natal.

Debuting in the 'new normal'

While many cruise lines are busy getting crew home, laying up ships and juggling cancellations, Atlas can focus on marketing its inaugural program — though the approach is entirely virtual instead of the in-person sales visits and events that would have taken place.

'We stand on the shoulders of giants,' as Aliberti put it, referring to the established cruise lines. However, Atlas brings something new, he said: a niche, luxe-adventure brand.

With just 98 suites and staterooms, World Navigator and four planned sister ships will each carry fewer people than a typical aircraft does. That's going to be a distinct advantage, according to Aliberti. 'Managing fewer guests will be much, much easier,' both on ship and ashore.

'There will be a sense of community on board but one in which it's easier to distance. Likewise, we will not be going to as many of the large, marquee ports but staying in smaller, out of the way, less populated areas. This gives an environment that's much more comfortable.'

New protocols built in at launch

Areas of World Navigator that aren't heavily trafficked have been identified to convert into isolation zones should that become necessary. 'We also have a high crew-to-passenger ratio so we can spin off crew' to dedicated isolation-space service, reducing exposure to others, Aliberti elaborated.

Plus, the heightened health practices will be embedded in the pre-launch training, so crew are starting from this orientation, not having to adapt.

Atlas also has time to re-examine its ship design and operations to do things like incorporating more handwashing stations and making sure touch points like the refillable water bottle stations are hygienic.

Embarkation and boarding procedures are being crafted to ensure distancing and temperature checks. Many other measures are planned as the science of the virus advances.