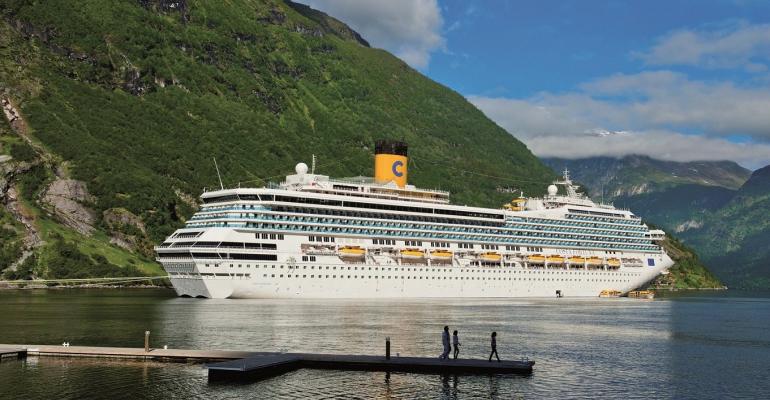 Costa Fortuna will be among four ships sailing in Northern Europe

Costa Cruises redesigned its April through November 2021 itineraries with more homeports and a return to Northern Europe.

Earlier, the company — which has resumed sailng with two ships in the Mediterranean — outlined the balance of its 2020/21 winter season.

From April through November Costa will be further expanding its Mediterranean offer, with a variety of options and more departure ports. Also, summer 2021 will see the return of cruising in Northern Europe.

Costa said it's working with national and local authorities in the various countries to ensure the Costa Safety Protocol in all the destinations included in the new program.

Three ships each in Eastern and Wester Mediterranean

Three ships will be deployed on a regular basis in the Western Mediterranean — LNG-powered Costa Smeralda, new ship Costa Firenze, built for China, which is going to remain in the Mediterranean for a year, as earlier reported, and Costa Pacifica, which will offer weekly cruises to Italy, France and Spain.

Three additional ships will be operating in the Eastern Mediterranean, all on weeklong itineraries. Costa Deliziosa will head for the Greek Islands, Costa Luminosa will visit Greece and Croatia and Costa Magica will sail to Greece and Malta.

During the 2021 summer season, Costa will have four ships in Northern Europe. Costa Fortuna and Costa Diadema will sail weeklong cruises to the Baltic capitals and the Norwegian Fjords, respectively. Costa Favolosa will offer 14-day cruises to Iceland, nine-day cruises to the Norwegian Fjords and a fortnight Ireland, Scotland and England itinerary. Meanwhile, Costa Fascinosa will undertake a 12-day North Cape itinerary and a nine-day Baltic route.

During spring and fall 2021, Costa Fortuna, Costa Diadema, Costa Favolosa and Costa Fascinosa will all be operating in the Mediterranean. Costa Diadema will visit Israel and Turkey on alternating two-week cruises. Costa Fortuna will offer Western Mediterranean mini-cruises while Costa Favolosa will be deployed on mini-cruises in the spring and 10-day cruises to Morocco in the fall. Costa Fascinosa will sail on 10-day holidays bound for Lisbon.

The other cruises previously scheduled between March and November 2021 and not included in the new program are canceled. Costa contacting customers and travel advisors with options for rebooking.