Celebrity returning to Europe cruising with Apex in Greece 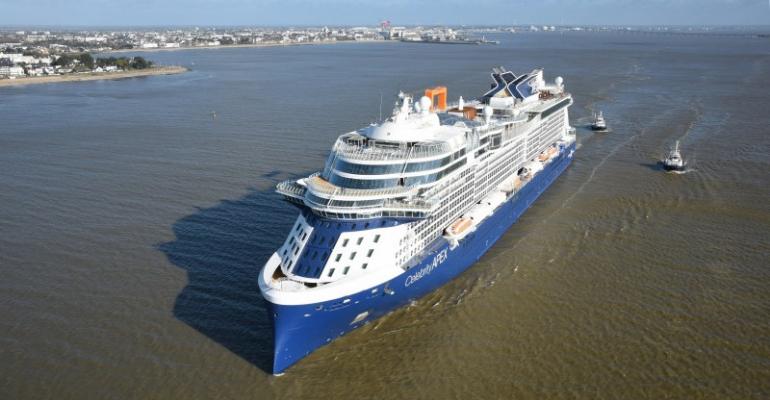 Celebrity Apex was delivered March 27, 2020, but hasn't been able to enter revenue service due to the pandemic

Celebrity Cruises is returning to Europe with the new Celebrity Apex to debut in Greece June 19.

The ship will sail with all crew and adult passengers vaccinated against COVID-19, and those under 18 with negative PCR test results.

Seven-night cruises round-trip from Piraeus are scheduled through September, with calls at Mykonos, Rhodes and Santorini, Greece; Limassol, Cyprus; and Haifa and Ashdod, Israel.

The announcement comes just days after Celebrity unveiled its Caribbean comeback with summer cruises from St. Maarten, also beginning in June. Celebrity President and CEO Lisa Lutoff-Perlo had told Seatrade Cruise News those were only the start.

Celebrity’s return to the Aegean is all the more special given the company's Greek heritage. Founded in 1988 by the Chandris shipping family, the line later became a part of the Royal Caribbean Group.

Some 70% of Celebrity's marine officers hail from Greece; more than 40 are captains and chief engineers, including the Celebrity Apex Capt. Dimitrios Kafetzis.

'Celebrity Apex is such an exquisite ship and for her to finally begin sailing in the beautiful Aegean, where it all began for our fleet, and after so long away, is incredibly meaningful,' Lutoff-Perlo said. She plans to sail the Greek Isles in September during her rescheduled 30th wedding anniversary cruise.

'This is a very special homecoming for Celebrity Cruises made possible with the strong collaboration of the Greek government,' Lutoff-Perlo added, extending her gratitude and congratulations as the country celebrates its bicentennial today.

'I am proud to be welcoming Celebrity Cruises back to its Greek roots on this special occasion of our country’s independence bicentennial and am eager for travelers to return to the unforgettable experiences of all of our destinations on one of the world’s newest ships,' Greek Tourism Minister Haris Theocharis said. 'The positive economic impact that tourism brings to our country cannot be underestimated and I am very happy Celebrity Cruises is playing an important role in rebuilding this important economic pillar.'

For his part, Kafetzis said it will be a proud moment to welcome the first guests aboard Celebrity Apex 'in my homeland.'

Delivered a year ago

Delivered by Chantiers de l'Atlantique a year ago, March 27, but never able to enter revenue service due to the pandemic, Celebrity Apex is the sister of 2018's Celebrity Edge.

In addition to being vaccinated for the cruise, passengers must follow all Greece travel requirements, which currently include presenting a negative PCR test taken 72 hours prior to arrival. Details on the additional health safety measures to be implemented by Celebrity will be announced at a later date.