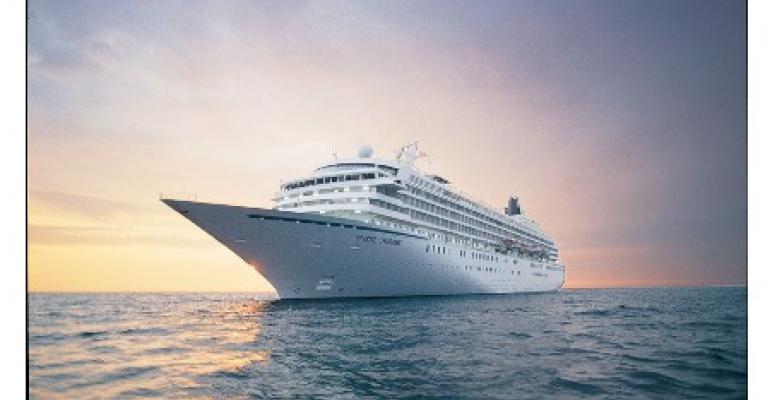 Crystal Symphony sails into the sunset

Crystal Cruises no longer exists, and an assignee has been appointed to develop a liquidation plan for the benefit of creditors.

Former Crystal President Jack Anderson, exhausted and sad, detailed the shutdown, the chaotic last few days and what lies ahead during an extensive interview with Seatrade Cruise News.

A Florida court approved Michael Moecker & Associates under an assignment for the benefit of creditors (ABC) filing. This specialist company now has control of what's left of Crystal's non-ship assets, its accounts and records and will be collecting creditors' claims for payment. This includes the claims of passengers, travel advisors, vendors, shoreside employees and, if need be, crew (who also have another mechanism for getting paid).

Anderson said a 'significant majority of customer money is being held in trust by VISA, Mastercard and American Express' — he estimated well over $100m. Moecker will be working with these credit card companies to approve refunds. Anderson estimated 75% to 80% of customers had paid by credit card.

The US Federal Maritime Commission has advised passengers to reach out to their credit card companies or third-party insurance companies as a likely quicker way to get reimbursed than the claims process established by the FMC. Also, refunds under FMC apply only to voyages embarking from a US port.

Starting in July 2020, Crystal went for an extended period when it did not accept customer deposits, reversing that policy only when a restart plan was implemented. Then, in an unusual arrangement intended to secure customer payments, the line established reserve accounts with these credit card companies that did not release the funds to the company until after the cruise operated.

'Once we were dug into a hole, we didn't want to dig a deeper hole and wanted to build back trust,' Anderson explained. 'It was financially prudent and we wanted to send a message' to customers worried about booking.

The ships — which were not owned by Crystal but on bareboat charter — were taken over by their secured creditors, the banks that hold the mortgages, as previously reported here.

One set of banks appointed V.Ships Leisure as managers for Crystal Symphony and Crystal Serenity, both anchored off Freeport, Bahamas, and expedition ship Crystal Endeavor, currently in Montevideo, Uruguay. And a separate group of banks that holds the debt for the five river vessels engaged River Advice to manage those. Crystal Mozart is in Linz, Austria, and the four sister vessels are in or being moved to Arnhem, Netherlands.

Crystal was given to understand that the ship management companies will be handling crew pay and repatriation.

'In the final hours of this sad and tragic story, it is some modest comfort that someone acknowledged responsibility [for the crew],' Anderson said. He estimated 300 to 400 crew remain on each ship in the Bahamas and said Crystal had managed, a week ago Friday, to repatriate 80 crew from Crystal Endeavor at Ushuaia, leaving about 120 aboard. The river vessels, in winter layup, each have about 14 crew aboard.

How things went down — fast

As for shoreside employees, all — including Anderson — are gone.

From the early days of the pandemic starting in March 2020, Genting Hong Kong had been providing an allowance to Crystal Cruises. That stopped when the parent company filed to wind up less than a month ago — which Crystal management learned about from reading Genting HK's public statement.

After that, Anderson said his team only had one communication with his boss, Colin Au, deputy CEO, group president and executive director of Genting HK, via conference call. Au, along with Chairman and CEO Tan Sri KT Lim, subsequently resigned.

From then on, the joint provisional liquidators who were appointed would provide only some limited funding from the secured creditors, the banks. At the time, Crystal had about 250 shoreside employees and this funding cut triggered the layoff of 100 people.

Then, early last week, the joint provisional liquidators informed Crystal that the banks holding the ship mortgages were calling in the chips — Anderson could not say what prompted that — and there would be no more money.

With this, all but 14 of the remaining shoreside team were let go last Wednesday. The 14 who soldiered on a few more days included human resources to assist those being let go, legal and financial teams. It was discovered that one creditor, who Anderson declined to identify, had been able to empty Crystal's bank account 'without our knowledge and without our appeal.'

Unable to file for Chapter 11

Two suitors had made offers for Crystal Cruises, one in first quarter 2021 and one in January 2022, deals that were 'not consummated by the parent company.'

Subsequently, Crystal management viewed filing for Chapter 11 bankruptcy protection in the US as the best course under the circumstances. That would have required some funds to carry out the process.

'We were thwarted, blocked and delayed ... We were unable to achieve what would be required for a Chapter 11 filing,' Anderson said.

At the end, out of money, Crystal was able to get advice from a law firm which it had earlier paid a retainer that wasn't fully used. That is how the ABC filing in Florida came about.

Assignee Michael Moecker & Associates will be working to establish communications for the Crystal website and social channels to inform those owed money how they can register for the process.

The 'last act of Crystal Cruises,' as Anderson put it, was to turn over a list of all known assets and liabilities to Moecker, whose job it is to communicate with creditors. 'They have our office, furniture, computers, data records for all vendors, payment records, anything that relates to money owed,' he said.

Whether, at this stage, the company — whose brand and logo are under control of the joint provisional liquidators — could still somehow be reformed, Anderson said: 'I would like to hope' but doesn't know if that's realistic.

'There are people that believe that is possible that are working toward that end,' he said. They likely include the two rebuffed suitors from early 2021 and early 2022.

Anderson did say that following Genting HK's move to liquidate, the Crystal management team received interest from 'many' parties for specific assets and from 'some' for the company as a whole. All those parties were referred to the joint provisional liquidators. 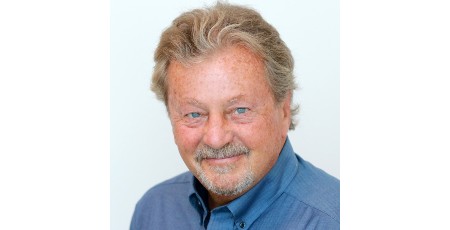 Jack Anderson lamented not getting to say goodbye to employees

Owing to the fast and chaotic final days last week, 'We didn't even get to say goodbye to each other,' Anderson lamented of colleagues.

Voice choking, he read a note of thanks he'd composed, to 'the Crystal family from around the world, to the people who've always been the heart of Crystal, our crew, and to our guests we love as extended family ... to the travel partners [who] made us and supported us and were loyal to the end ... and said the ending does not diminish the success we enjoyed together over 32 years ...' And 'to our industry colleagues who reached out and said how can we help your employees and crew' and to Cruise Lines International Association for 'helping us to find a path forward.'

Anderson noted Crystal was one of the first lines to safely resume sailing in the pandemic, with Crystal Serenity from the Bahamas, then Crystal Symphony from New York and Boston and Crystal Endeavor from Iceland and Antarctica.

Once Genting HK filed to liquidate, the priority was getting passengers on the ships home safely and then care for the crew.

Even though it's over, 'Crystal people are trying to figure out how to help each other.' Anderson pointed to one 'hero,' Odalys Cadenas, former VP human resources — now unemployed with an extended family to support — who's holding webinars to help those adrift write resumes.

And Carmen Roig, former SVP marketing and sales, is going to help Moecker create communications for 'those extraordinarily important partners in the international side of our business' — the GSAs and independent sales representatives. She's also communicating with travel advisors who supported Crystal.

'It's her sense of duty, love, loyalty and appreciation for travel partners worldwide,' Anderson said.

The former president himself is reaching out to all his industry contacts in a campaign to help Crystal crew and shoreside employees find new opportunities. Several cruise lines are giving special instructions or setting up dedicated addresses for Crystal alumni to get priority responses and consideration. Anderson is also sharing information via a fast-growing private, by-invitation LinkedIn group for the Crystal team.

'I can't think of anything more important than helping every single employee regain some security,' he said.

Anderson added: 'What an extraordinary honor and privilege it's been to be part of the Crystal team focused on our customers, trying to do the right thing, with utter exhaustion, to the end. They made me proud. I love them all.'