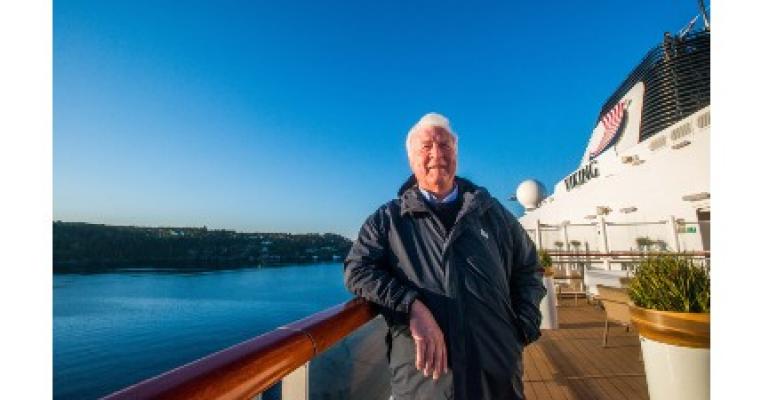 'We still think of ourselves as a little company, but what we have accomplished is remarkable,' Torstein Hagen said

The company was founded Aug. 5, 1997, by 'two guys with two mobile phones,' Chairman Torstein Hagen quipped in a video recap, showing their picture.

From the start, 'We wanted Viking to be different. We had a vision that travel could be more destination-focused, and culturally enriching. We wanted to offer experiences designed for the thinking person,' he said.

River vessels to Viking Longships to the oceans and, now, expeditions

Viking began with what Hagen called 'modern river voyages' and in 2012 introduced the first of a new style of vessel, Viking Longships. In 2015 came its first ship for ocean cruises. This year Viking expanded into expedition voyages and, soon, it will be on the US rivers.

Milestone 2022 a year of launches

This milestone year is one of significant launches.

In January, Viking debuted expeditions on the first of two purpose-built vessels, Viking Octantis, which is currently sailing its inaugural season in the Great Lakes. In the spring, the company welcomed eight new Viking Longships and its newest identical ocean ship, Viking Mars.

This month, Viking is launching three purpose-built vessels for the Mekong (Viking Saigon), Nile (Viking Osiris) and Mississippi (Viking Mississippi) and, by the end of the year, it will also have introduced a second identical expedition ship, Viking Polaris, and another identical ocean ship, Viking Neptune.

'We didn't get here alone'

'We still think of ourselves as a little company, but what we have accomplished is remarkable. One thing is for sure: we didn't get here alone,' Hagen said. He thanked the 'extended Viking family' of guests and staff (employees now number 10,000).

While Hagen's proud of everything, he said: 'We're just getting started.'

Capping his video presentation, he added: 'When you reach the top, there is really only one way to go — onwards.'