Where are they now? Recent cruise ship sales/buyers 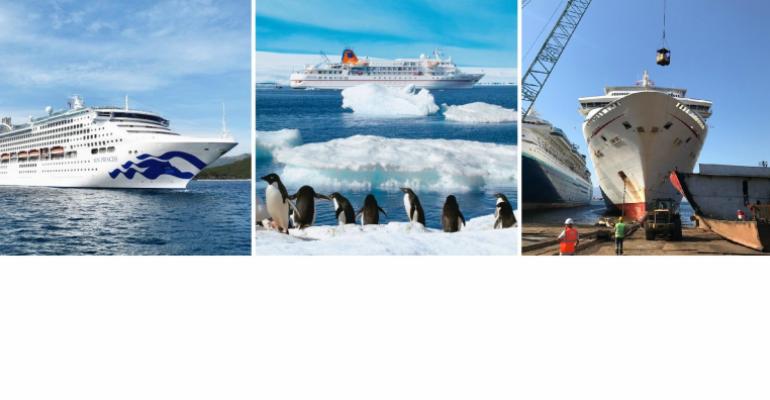 From left, Sun Princess is going to Peace Boat, Bremen to Scylla for VIVA Cruises and, among ships at the breakers, Carnival Fantasy in Turkey, alongside a Pullmantur vessel

Given the flurry of recent cruise ship sales, Seatrade Cruise News presents this tally of sellers and buyers.

Ships from a dozen brands have gone to a variety of buyers. Some are to begin new chapters under service for operators like Celestyal Cruises, China joint venture CSSC Carnival Cruise Shipping, Dreamliner Cruises, Fred. Olsen Cruise Lines, Peace Boat, Seajets and VIVA Cruises. Others will become accommodation vessels, and some are meeting their end at the breakers, being recycled.

This list has 17 of the ships from Carnival Corp. & plc in what the company recently said would amount to 18 ships exiting, including four announced prior to fiscal 2020.

As well, the vessels of insolvent Cruise & Maritime Voyages, going to auction in October, are included here.

Amsterdam (2000) and Rotterdam (1997) to Fred. Olsen, renamed Bolette and Borealis, respectively. Maasdam (1993) and Veendam (1996) to Seajets as Aegean Myth and Aegean Majesty, respectively.

Oceania (2000, Ocean Princess) to Seajets, renamed Queen of the Oceans.

Pacific Dawn (1991, Regal Princess) to an undisclosed buyer. Pacific Aria (1994, Ryndam), fate unknown. Both ships were to go to Cruise & Maritime Voyages as Amy Johnson and Ida Pfeiffer prior to CMV's insolvency; subsequently a new buyer was found for Pacific Dawn; no update on Pacific Aria.

Lord of the Glens (1985, Victoria) to HP Shipping Ltd. for Hebridean Island Cruises.